Northern Ireland Screen deemed 2021 as "another great year" for the region. 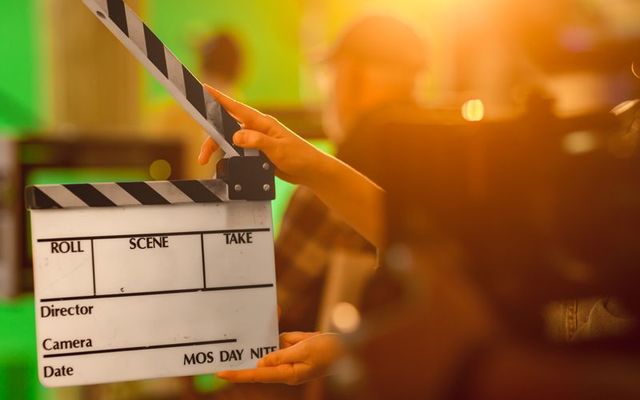 The film and tv industry in Northern Ireland is booming despite challenges presented by the COVID-19 pandemic. Getty

Northern Ireland’s film and TV industry is flourishing despite the challenges brought by the pandemic, with several new projects being produced in the region.

National agency Northern Ireland Screen deemed 2021 as "another great year" for the region.

Northern Ireland has continued to attract major US studios to film in the region, and Northern Ireland Screen has praised the outstanding work of local cast, crew and creatives, reports BelfastLive.

Remarking on last year's success, Northern Ireland Screen chief executive Richard Williams said: “A variety of content we supported has been selected for some of the most prestigious festivals across the world, picked up much-coveted industry awards and set social media alight.

“We have had two of the biggest TV dramas of the year broadcast – 'Line of Duty' and 'Bloodlands.' There was a great sense of excitement as a whole host of A-list stars were spotted across the country as they filmed at various locations."

Williams confirmed the second season of "Bloodlands" will begin filming early this year.

Meanwhile, Kenneth Branagh's "Belfast," the upcoming Viking saga "The Northmen," and the final season of "Derry Girls" are already being anticipated for 2022.

Williams said: "It was a privilege to co-host the Irish premiere of Kenneth Branagh’s 'Belfast' in Belfast, with Belfast Film Festival.

“With the film already leading the way in the Golden Globes and hotly tipped for the Oscars, 2022 is sure to get off to a great start."

Branagh's "Belfast," which premiered in Belfast city in November, has been nominated for seven Golden Globes and 11 Critics Choice Awards. The film releases in cinemas on January 21.

Williams added: “The north coast will take a leading role in Robert Eggers’ 'The Northman' when it is released in cinemas in April."

"The Northman," which was filmed at Belfast Harbour Studios at the end of 2020, will be released in theaters in April 2022.

The final season of the hit show "Derry Girls" will also air this year.

Said Williams: “On the small screen, Erin, Claire, Michelle, Orla, and the wee English fella will return to our screens in what will undoubtedly be an emotional farewell for Lisa McGee’s 'Derry Girls.'”

Netflix and Paramount are among the latest US studios to bring projects to Northern Ireland, reports The Daily Mail.

"The School for Good and Evil" is set to release on Netflix next year, while "Dungeons and Dragons" is scheduled for release in March 2023.