Pop star Niall Horan breaks some common Irish phrases as well as the inspiration behind 'Nice to Meet Ya' in these charming videos. 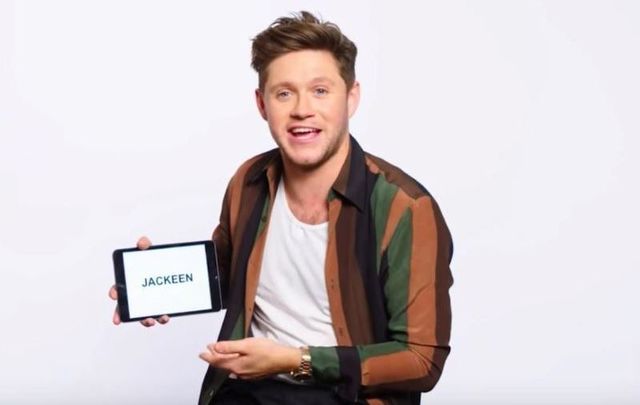 Niall Horan explains Irish slang and his new single 'Nice to Meet Ya' in these charming videos. Vanity Fair, YouTube

Niall Horan is back with a new single "Nice to Meet Ya" which will likely be featured on his new upcoming album, the second solo album from the former One Direction member and native of Mullingar in Co Westmeath.

As such, Horan as been doing the media rounds and released two rather delightful videos over the past week - one with Vanity Fair in which he breaks down Irish slang, and another with Genius where he sheds some light on his new tune.

Here’s the always-charming Horan dissecting some Irish slang words including “sham,” “banjaxed,” and “gammy" in a segment for Vanity Fair:

“F---’ hell we’re some country, aren’t we?” says Niall with a laugh halfway through the video.

In another video, Horan breaks down ‘Nice to Meet Ya,’ a song that captures the thrill of meeting someone new, with Genius and says he likes to write songs that are based on real-life experiences.

Niall says: “I don’t have a major type; I do like someone that looks like they’ve got a bit of character about them.

“If I’m ripping the piss a little bit,” he adds, “and they can hand it back a little bit, it’s a good personality trait.

Of course, all of his riffing begs the question of whether or not Niall has a special someone in his life, but unfortunately, Niall doesn't shed any light on his personal life.

You can check out 'Nice to Meet Ya' here, which has over 15 million views on YouTube since it was released three weeks ago: