Dermot Kennedy, Niall Horan, AND Hozier all have new music out today

Kick off your weekend with a full album and two singles from three of our favorite Irish musicians. 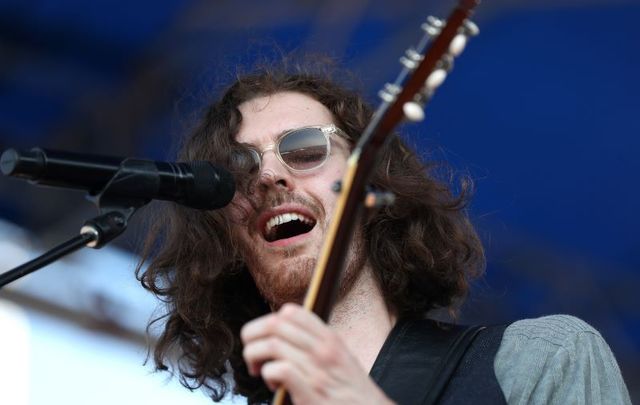 'Without Fear,' 'Nice to Meet Ya,' and 'The Bones' are the perfect way to kick off your weekend

Niall Horan has a brand new single out, Hozier has teamed up with Maren Morris for a cover of her song 'The Bones,' while Dermot Kennedy has, finally, released his debut album 'Without Fear.'

Check them all out here:

After delaying his debut album’s release from September 27 to October 4, Dermot Kennedy has finally released ‘Without Fear’ much to the delight of his diehard fanbase.

Without Fear is yours now. Take care of it for me. I really really hope you enjoy it. Thank you so much X https://t.co/fs60ZmZIRl pic.twitter.com/7EAo4S0zsL

Found this on a hard drive from 2015! You’ve come a long way  pic.twitter.com/wr4ZS3wQhz

In the hours before the release of ‘Without Fear,' Kennedy told his fans on social media: “My debut album is almost out, and it feels quite surreal. I don’t want to ramble, but I swear to god I’ve lived every second of this. Every lyric, every gig, every flight, every late night studio session, every decision made. I don’t like when people make noise about themselves, but I have worked so so hard to get to this point. The journey has been incredible so far and it’s only the beginning. I hope you love the album. It belongs to you now. All my love Thank you so much for the support.”

If you’re not a Dermot Kennedy fan yet, you will be soon. He recently announced a North American tour including a stop at New York City’s famed Radio City Music Hall.

You can listen to ‘Without Fear’ in its entirety here via Spotify:

Niall Horan - Nice to Meet Ya

Niall is back! The former One Direction star and Mullingar, Co Westmeath native is back with his first single since his 2017 chart-topping album ‘Flicker.’

#NiceToMeetYa is out! Thank you for the patience guys! I'm very proud of this one and I hope ya love it. Video is out as well , go give it a watch on @vevo now x https://t.co/qc7nRY0g39 pic.twitter.com/pXGcye1JHJ

Not only did Niall drop ‘Nice to Meet Ya’ today, but he also unveiled its accompanying music video, which you can watch here:

While Niall hasn’t officially announced a new album, last month he tweeted a pretty substantial hit that more new music is on the way:

I’m laying here listening to songs from my new record and I’m so excited to get going. Can’t wait for you to hear the fun I’ve been having over the last year.

Hozier and Maren Morris - The Bones

Hozier, who skyrocketed to fame with his 2013 song ‘Take Me to Church,’ has teamed up with Maren Morris for a cover of her song ‘The Bones.’

No word on if this means more new music coming from Hozier, but the Co Wicklow native is keeping busy with his ‘Wasteland, Baby!’ North American tour, named after his most recent album that came out in March of this year. Hozier also recently announced a new podcast entitled ‘Cry Power’ that he’ll be doing in conjunction with Global Citizen.

You can check out Hozier and Maren Morris here:

Who's your favorite Irish musician? Let us know in the comments!