LA and NY Times have tipped Irish singer/songwriter as one to watch. 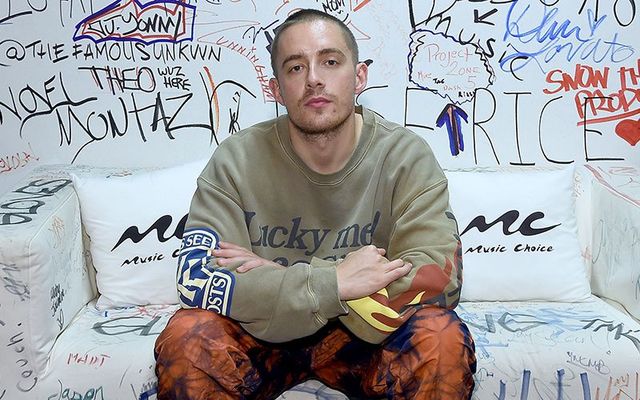 Dermot Kennedy: This Irish singer-songwriter is one to watch Getty Images

You might not have heard of him yet, but both the Los Angeles and New York Times have tipped online music sensation, singer/songwriter Dermot Kennedy as one to watch.

While he may not be a household name in his native Ireland just yet, the Dubliner has an impressive 2.5 million monthly listeners on Spotify.

His success on the streaming platform can be greatly attributed to pop star Taylor Swift, who gave his track "Boston" a nod on a curated playlist, thus catapulting it into one of the most listened to songs on Spotify for a hot minute.

Despite spending the last 10 hours in Dublin airport thanks to the snow, I am on my way to America for a sold out month-long tour!! ?? ?? Crazy to even type that. First show up is New York tomorrow, and I cannot wait!! This month is going to be beautiful, and I so look forward to seeing you all! ? Dermot X . ? by @lucyfosterphoto

Now selling out shows in the US and Europe - without even releasing a debut album first - it seems Kennedy is on an ascending stairway to success.

Here are five things to know about the 25-year-old fledgling star.

Kennedy previously told the Irish Independent Weekend Magazine, "Glen ... invited myself and Declan O'Rourke and Damien Dempsey on stage at different times to do our thing and it was incredible exposure."

2. His aunt is Mary Kennedy

That was a fabulous, energizing, emotional gig. Very proud of you @dermotkennedy

3. He is a massive Bon Iver fan

"I love the way Bon Iver writes phonetically and chooses words that sound best, but then I feel in love with music and with the stories they were telling," he has said.

He also stated, "Glen Hansard talks about Bob Dylan being God for him, but to me it's Justin Vernon. Everything he does excites me so much and it would be a dream to collaborate with him one day but I'd be very, very nervous."
4. Catch him at a festival near you this summer
Kennedy is playing at Lollapalooza (Chicago), Mopop (Detroit), Electric Picnic (Laois, Ireland), Barn on the Farm (Gloucester, England), Dot to Dot (Bristol, Manchester, Nottingham, England), Citadel (London), and Osheaga (Montreal, Canada) ... we're out of breath just thinking about it.

I’m SO excited to be playing @epfestival this year!! I can’t wait to see you there! ? X

5.  Kennedy was listed as one of the breakout SXSW acts by the New York Times

"He has a grainy, melancholy voice that can crest with a howling rasp; he’s an acknowledged fan of David Gray. Onstage at SXSW, his songs revealed their folky structures, built on guitar or piano. But they also harnessed the dynamics of electronic dance music, with drumbeats sputtering into double time and choruses that exploded into his howl," he wrote.