In Irish writer and director Frank Berry's new film "Aisha" (which just wowed the critics at The Tribeca Film Festival) we watch Nigerian born woman Aisha risk – and we soon learn it really is a risk – Irish immigration and detention centers to find a new path forward in life. 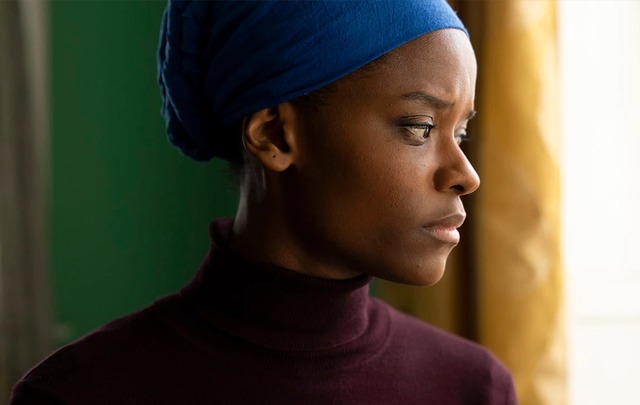 In Irish writer and director Frank Berry's new film "Aisha" (which just wowed the critics at The Tribeca Film Festival), we watch Nigerian-born woman Aisha risk – and we soon learn it really is a risk – Irish immigration and detention centers to find a new path forward in life.

Letitia Wright, 28, best known for her turn in Marvel's 2018 hit Black Panther, plays the lead – a woman trying to escape violence - opposite Josh O'Connor (best known for God's Own Country) as the young security guard who befriends her.

The film presents you with a smart, able young woman who through no fault of her own needs a shot at a new start elsewhere. It makes human the person that our politics dehumanizes. 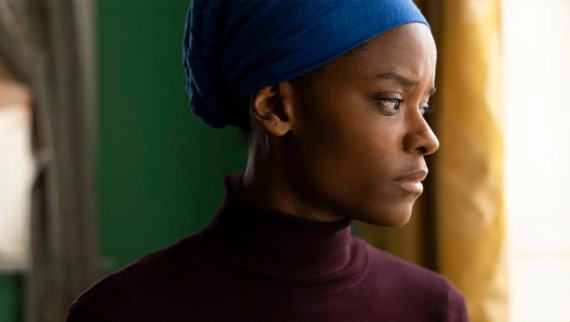 It asks you to consider what you would do differently if you were in her shoes and it does so well that it's being spoken of as one of the breakout films of the long-running festival.  Watching good people have their morality compromised by bad law is one of the stories of our times and so it is in "Aisha."

Critics have hailed Wright's slow-burn performance as a woman trying to elude all the trap doors that the Irish immigration system keeps opening under her, and the film makes you understand just how varied and frequent they are.

Once again written, directed, and produced by Burns, the second season of this dramedy series set in 1980 revolves around a group of college grads as they set out to pursue their dreams in Manhattan, while still clinging to the familiarity of their working-class Long Island hometown.

After the premiere screening on Saturday, June 18 at 4 PM, a conversation with the writer, director, and executive producer Burns was held alongside the cast members Sam Vartholomeos, Caitlin Stasey, Gigi Zumbado, JanLuis Castellanos, Isabella Farrell, and Brian Muller. The event will be moderated by Mike Vaccaro, the lead sports columnist for the New York Post. For tickets and more information visit tribecafilm.com.

Meanwhile, a new Irish language film is breaking box office records across the water in Ireland and the UK. "An Cailín Ciúin" or "The Quiet Girl" has made more than €600,000 since its initial release last month, that's four times the previous record for all recent Irish-language films.

Directed by first-timer Colm Bairead, the film is based on a New Yorker story by Claire Keegan that later became the novella, Foster. The story follows a 10-year-old girl (played by Caitríona Clinse) who is reluctantly sent to live with some foster parents on a remote farm in County Waterford in the early 1980s, whilst her mother has another baby at home.

The film has been hailed for its sensitivity and confidence, telling a quietly shattering story with a rare degree of restraint. Even more impressive it's the first Irish language film in history to perform this well at the box office, where it's been seen by enthusiastic Irish and non-Irish cinema-goers and has been described as a jewel by critics.

Word of mouth has helped to sell tickets and that advance buzz will propel it all the way to its Australian premiere at the Sydney Film Festival this week, prior to its Australian and New Zealand cinema release later this year.

The first Irish-language feature film to ever be selected for the Berlinale (Berlin International Film Festival), it had its world premiere in February where it won the Grand Prix of the Generation Kplus International Jury for Best Film.