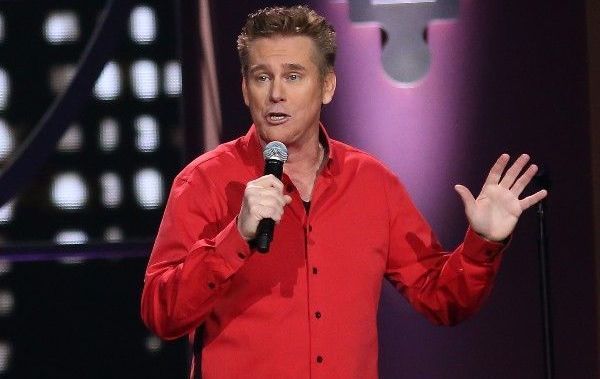 Brian Regan heads to Netflix with the Jerry Seinfeld-produced ‘Stand Up and Away!’

Brian Regan admits that landing his own Netflix series has been “thrilling” after nearly four decades in the comedy business.

Speaking with The Wall Street Journal, Regan reflects: “I’ve been at this a long time, and in the last two years, three years, things have just started happening that I didn’t think were ever going to happen.

“Now that I’m getting these opportunities, it’s thrilling for me.”

Indeed, 60-year-old Regan has now spent most of his life fine-tuning his craft. The comedian, who grew up one of eight kids in a “big Irish family” in Miami, explains that after dropping out of college to pursue comedy in the early 1980s, he would “steal” five-minute sets while working as a bus-boy at The Comic Strip in Fort Lauderdale.

Eventually, Regan took the road and won over fans with his self-deprecating brand of humor, so much so that in 1992, he landed himself a half-hour-long special on Showtime titled ‘Something’s Wrong With the Regan Boy.'

After the televised special, Regan began making the rounds on the late-night circuit. He’s clocked an impressive 28 appearances on ‘Late Night with David Letterman,’ and is one of Jimmy Fallon’s favorite comics.

Fallon, who occasionally opened for Regan in the ‘90s, says: “He’s one of the few comedians I’ve seen crush. Just crush!”

After one Letterman performance 25 years ago, Regan received a call from comedy veteran Jerry Seinfeld who wanted to congratulate him on a job well done, as well as offer to help make the blossoming comedian some connections.

Regan recalls: “He said, ‘If you want me to make any phone call for you I will do that.’”

“But I thought it was cheating,” Regan said. “I thought I’m supposed to earn this…. So I said no. I was very thankful and said I appreciate it, but let me just see what happens.”

Regan kept on grinding. He continued making late-night show appearances, released comedy albums, and made more television specials. In 2005, he kicked off his ‘Never-Ending Tour,’ which now boasts nearly 15 years of sold-out live shows that tour more than 80 cities annually.

Despite this, Hollywood still didn’t seem interested in Regan. “They had zero interest in me,” says Regan, “zero."

In 2015, Regan received yet another call from Jerry Seinfeld after a Comedy Central special. Seinfeld said Regan deserved his own show, and this time, Regan didn’t let the opportunity pass by.

Over a coffee meeting with Seinfeld in Las Vegas, Regan says he “pitched the show like a tight spiral in about three to four minutes, and he said ‘I like it. Let’s do it.’”

The pitch became Netflix’s "Stand Up and Away!," a four-part series that blends sketches with audience interaction bits.

Regan can’t deny that the Netflix special feels good for him: “I’ve had a lot of rejections along the years,” he says. “So it’s nice to go, ‘I can do this.’”

Watch the trailer for Brian Regan's 'Stand Up and Away!' on Netflix here:

What do you make of the trailer? Let us know in the comments.