Mickey Rourke has previously claimed that Robert De Niro blocked him from appearing in "The Irishman." 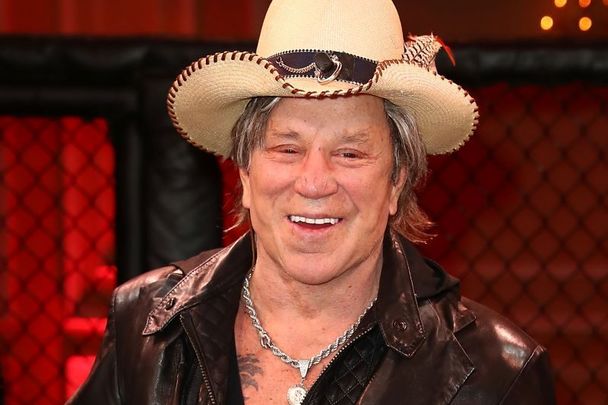 Mickey Rourke took aim at Robert De Niro in an Instagram post on Friday, July 17 that has since been deleted from Rourke’s feed.

According to Page Six, Rourke wrote: “Hey Robert De Niro, that’s right i am talking to you, you big f–king crybaby.

“A friend of mine just recently told me that a few months back you’re quoted as saying to newspapers ‘Mickey Rourke’s a liar he talks all kind of s–t’. Listen Mr.Tough Guy in the movies, you’re the 1st person that ever called me a liar and it was in a newspaper.

“Let me tell you something, you punk ass, when i see you i swear to God on my Grandmother, on my brother and all my dogs,i gonna embarrass you severely 100%. Mickey Rourke ‘ as God is my witness,'” he continued.

In September, Rourke recounted feeling snubbed by De Niro on the set of 'Angel Heart,' and accused De Niro of blocking him from appearing in 'The Irishman.'

Rourke, during an appearance on an Italian TV show, said: “When I was in school studying to be an actor, I looked up to him like Marlon Brando, Al Pacino."

“It hurt my feelings a little bit ’cause I looked up to him.

“Now I don’t look up to him no more; I look through him. I came up from the s–t. He doesn’t know that life. I lived that f–king life, so every time I look him in the face, I look right through his a–hole.”

“He don’t forget what happened 20 years ago,” Rourke added, “because they have a saying, ‘I took him to school’ before no other actor.”

Regarding "The Irishman," Rourke said on the Italian television show: “Marty Scorsese, great director, he wanted to meet me for a movie with Al Pacino, Joe Pesci, Chris Walken, and Robert De Niro.

“The casting person told my manager that Robert De Niro said he refused to work with me in a movie.”

After that incident, Stan Rosenfield, De Niro’s representation, told The New York Post: “According to ‘The Irishman’ producers, Jane Rosenthal and Emma Tillinger Koskoff, and casting director Ellen Lewis, Mickey Rourke was never asked to be in ‘The Irishman’ nor was he ever even thought of, discussed or considered to be in the movie."

Rosenfield added that De Niro was “aware of these comments.”