Genealogy experts Kate and Mike Lancor have partially traced Robert De Niro's Irish roots back to one area in Ireland. 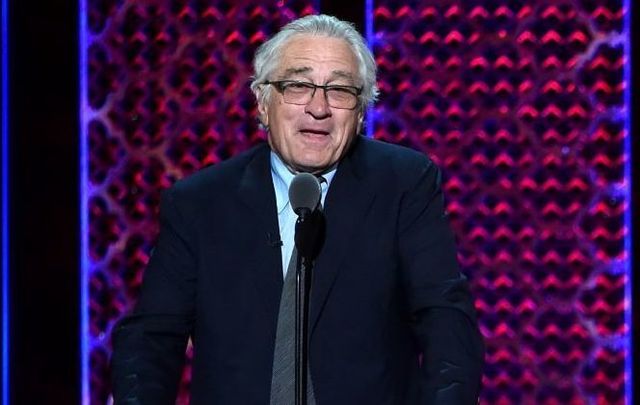 In a letter to IrishCentral, the Lancors, who have previously contributed stories about their Irish genealogy work, said: “Upon arriving home after our weekend’s journey this past Monday, we saw and read the Irish Central article about Robert De Niro’s desperate search to find his Irish roots. As professional Irish genealogy researchers, we found ourselves both challenged and excited and decided to give it our best shot!

“The article in IrishCentral mentioned that Robert’s father was half Irish from his mother Helen O’Reilly’s side of the family. We began our search there. We slowly and methodically began 'chasing' Helen O’Reilly’s Irish roots and by Monday evening we were off and running on Robert’s ancestral adventure trying to pinpoint where in Ireland Robert’s Irish ancestors lived.

“We were able to successfully trace his ancestors back to his third great grandparents in Co. Tipperary in the early 1800s. Indeed, 'It’s A Long Way to Tipperary,' but a trip worth making.

“Robert’s Irish ancestors on the O’Reilly side emigrated to the U.S. during the Irish famine in the late 1840s.  They became part of the great Irish American tapestry and their story is one of determination and perseverance, as was the case with the millions of other brave Irish emigrants who had the courage to venture off to the promise of a new life across the Atlantic Ocean.

“We would love to share our findings with Robert De Niro, Jr. regarding his Irish ancestors who were born in and lived on the Emerald Isle. It is and has been our passion to help others connect with their Irish ancestors!”

* Kate and Mike Lancor live in Moultonborough, NH, U.S. and have traveled to Ireland numerous times. They can be reached on their OldFriendsGenealogy website or by emailing oldfriendsgenealogy@gmail.com. You can also visit their Old Friends Genealogy Facebook page.