The star of the upcoming film "The Irishman" said he has tried to find his Irish relatives but hasn’t had any luck. 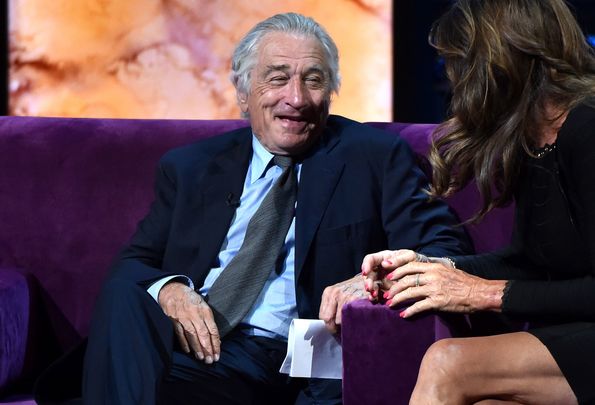 Robert De Niro, star of the upcoming film "The Irishman," said he has tried to find his Irish relatives but hasn’t had any luck.

Despite his name, the famous actor Robert De Niro is actually more Irish than he is Italian. Three of his four grandparents had Irish ancestry, and his father, Robert Sr, was half-Irish from his mother Helen O’Reilly’s side of the family who are all Irish.

In 1962, when he was 19, he traveled to Ireland, hoping to connect to distant Irish relatives. The actor has continued to search for his Irish connections for years, The Irish Sun reports.

He's said: “Yeah, I have Irish roots. My mother’s Dutch, French and German. And my father was Irish and Italian.

“I’ve been trying for years to find relatives there.

"For some reason, it’s not easy. Italy was easier.”

The 76-year-old stars in the new Netflix gangster film "The Irishman,"  out in November.

The film, directed by Martin Scorsese, is based on Charles Brandt’s 2004 non-fiction book "I Heard You Paint Houses" and follows the true story of Irish American gangster Frank Sheeran, a Mafia hitman who worked for crime boss Russell Bufalino and labor leader Jimmy Hoffa.

The book’s title “I heard you paint houses” was the code phrase used over the phone to hire Sheeran to kill someone.

De Niro said: “I read it and said, ‘Jesus. To me this story’s kind of great.

"It was fascinating and simple. I liked the character: how he was introduced to this world and slowly saw how it worked.”

Read More: All you need to know about Martin Scorcese's "The Irishman"

This isn’t the first time de Niro will play a gangster with Irish roots. In 1990, he starred with Pesci in Goodfellas, playing Jimmy Conway, based on real-life Irish American gangster James Burke.

The Irishman will premiere at the 57th New York Film Festival on September 27, followed by a limited theatrical release on November 1. It will be available on the streaming service on November 27.