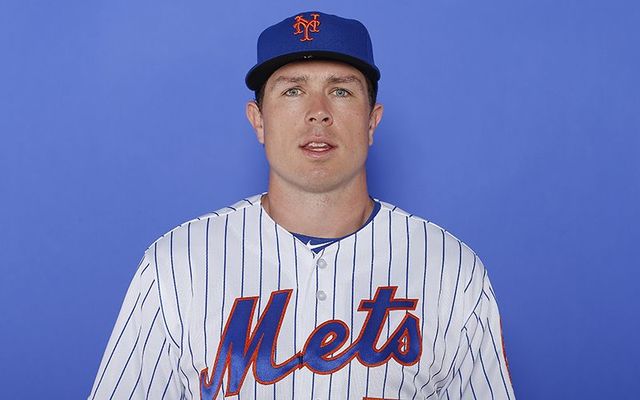 What makes this call-up fascinating is that O’Rourke will be the only Irish citizen pitching in the major leagues this season. Strangely enough, the Mets also have southpaw P.J. Conlon under contract, the only Belfast-born pitcher in all of baseball.

Finally, the Mets lead the lead in one thing—lefty pitchers who are Irish citizens.

O’Rourke was born in Worcester, Massachusetts, in 1988 and originally drafted by the Minnesota Twins in the 13th round of the 2010 draft. This season, with the Syracuse Mets of the AAA International League he had a 0-1 record with an ERA of 3.90 with 14 strikeouts in 13.2 innings. In his major league career has yet to win his first game and has lost one game.

There have been stories this past spring training about O’Rourke trying to gain his Irish citizenship. Anthony DiComo wrote about O’Rourke the obstacles O’Rourke faced and how he considered joining the Irish National Team. “That is what drove O’Rourke,” wrote DiComo on mlb.com, “another Massachusetts native with Irish-born grandparents, to pursue dual citizenship this winter. Rehabbing from Tommy John surgery in 2018, O’Rourke struck a deal with the Orioles that would let him compete in Europe, so long as he wasn’t on Baltimore’s Major League roster at the time.

“But the logistics of establishing citizenship—he had to track down his parents’ and grandparents’ original birth and marriage certificates, as well as his own original birth certificate, proof of residency and more—proved cumbersome enough to prevent him from completing it all until after last year’s tournament.”

I was in contact with O’Rourke via Twitter when I heard he was pursuing his Irish citizenship through his grandparents and he told me the happy news that he had, indeed, procured the often-to-secure citizen. “I actually did become a citizen and have an Irish passport now too,” he Twitted to me on March 23rd of this year.

Joe Cleary of County Cork is the last Irish-born pitcher to pitch in the major leagues in 1945 when all the regular players were all off in the military. He pitched in one game—and got clobbered.

It seems the last Irish-born pitcher to win a game in the major leagues was Mike O’Neill of Maam, County Galway, in Connemara. His last win came for the St. Louis Cardinals in 1904.

So, the big news is if either O’Rourke or Condon win a game they will become the first Irish citizen to win a major league game. Mike O’Neill was still a British subject in 1904.

“I’m so proud of being from Ireland,” DiComo quoted O’Rourke in his article. “When he gave me the jersey that said ‘Ireland’ on the front and ‘O’Rourke’ on the back, as much as it means to me, I know it means a lot to my dad and my grandparents. To bring a piece of what this game’s brought me back over there, and have success and grow the game in Ireland, would be really cool.”

I don’t know about you, but I’m rooting for Ryan O’Rourke, maybe the first Irish citizen to win a major league game.

Dermot McEvoy is the author of The 13th Apostle: A Novel of Michael Collins and the Irish Uprising and Our Lady of Greenwich Village, both now available in paperback, Kindle, and Audio from Skyhorse Publishing. He may be reached at dermotmcevoy50@gmail.com. Follow him at www.dermotmcevoy.com. Follow The 13th Apostle on Facebook at www.facebook.com/13thApostleMcEvoy.