Irish American Baseball Hall of Fame 2018 inductees are announced the names of the 2018 honorees in the Foley's pub hall of fame which honors players, managers, executives, journalists, and entertainers of Irish descent. 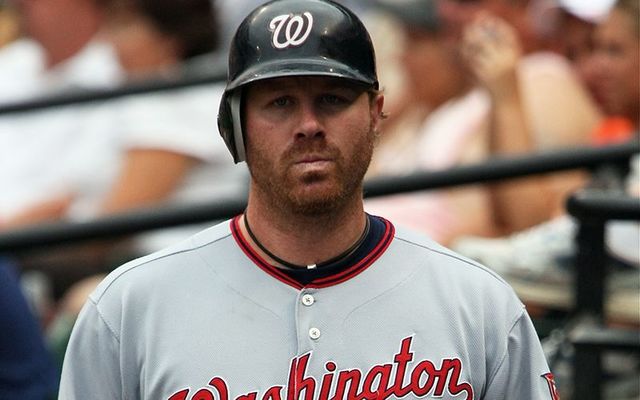 Irish American Baseball Hall of Fame 2018 inductees are announced. The names of the 2018 honorees in the Foley's pub hall of fame which honors players, managers, executives, journalists, and entertainers of Irish descent have been released.

The Irish American Baseball Hall of Fame (IABHOF) have announced the names of the honorees who will be inducted into the hall on Tuesday, August 7, at 12:00 Noon at Foley's NY Pub & Restaurant (18 W. 33rd St.), home of the IABHOF.

The Irish American Baseball Hall of Fame’s 2018 honorees are:

- Adam Dunn: During a 14-year career, Dunn hit 462 home runs, 270 of them with Cincinnati, where he is fourth on the club’s all-time list behind Johnny Bench, Tony Perez and Frank Robinson. Dunn was selected for the Reds Hall of Fame in Cincinnati this year.

- Eric Byrnes: A former player for the Oakland A's and Arizona Diamondbacks, Byrnes was a hustling outfielder considered one of the top fielders of his era. Today he is an MLB Network personality.

- Charles Stoneham "Chub" Feeney: A relative of New York Giants owner Horace Stoneham, Feeney served as a front office executive for the Giants and later as President of the National League in his more than 40 years in baseball.

- Katy Feeney: A beloved figure who was born into the game, she worked on scheduling, organized news conferences at big events and handled an assortment of logistics for Major League Baseball.

- Jack O’Connell: BBWAA’s secretary-treasurer who makes “The Call” when a new inductee into the National Baseball Hall of Fame is selected.

The Irish American Baseball Hall of Fame will also present its annual Pete Caldera-Duke Castiglione “I Didn’t Know He Was Irish” Award, which goes to an honoree whose Irish roots are not widely known. This year’s recipient will be veteran MLB umpire Dan Iassogna.

“This year's class includes members of one of baseball’s great families, a feared slugger, one of the best fielding outfielders of the early 2000s, a veteran sportswriter, and the owner of one of the best known Minor League teams,” said Shaun Clancy, owner of Foley’s Pub, which features one of the country’s most extensive public displays of baseball memorabilia.

Voting was conducted among past inductees and a distinguished panel of baseball historians. The plaques are created by Ashburns Engravers, which has served several presidents and is also the maker of the Key to New York City.

With the blessing of the National Baseball Hall of Fame, Foley’s, a popular destination among baseball players, executives, umpires and fans, created the Irish American Baseball Hall of Fame to recognize players, managers, executives, journalists, and entertainers of Irish descent. Inductees are chosen based on a combination of factors, including impact on the game, popularity on and off the field, contributions to society, connections to the Irish community, and, of course, ancestry.

The game of baseball has welcomed immigrants from its earliest days, when an estimated 30 percent of players claimed Irish heritage. Many of the game’s biggest stars at the turn of the 20thcentury were Irish immigrants or their descendants, including Michael “King” Kelly, Roger Connor (the home run king before Babe Ruth), Eddie Collins, Big Ed Walsh and managers Connie Mack and John McGraw. Today, major league teams regularly sign players born in Latin America, Japan, Canada, and elsewhere.

Shaun Clancy, an amateur baseball historian, created the Hall after learning about the rich heritage of Irish Americans during the sport's history. He decided to celebrate his roots and those who helped make the game great by creating a shrine to Irish Americans in baseball in 2008.