McCarthy's work brought an "ugly cry" from her aunt when she saw the final work in a surprise reveal. 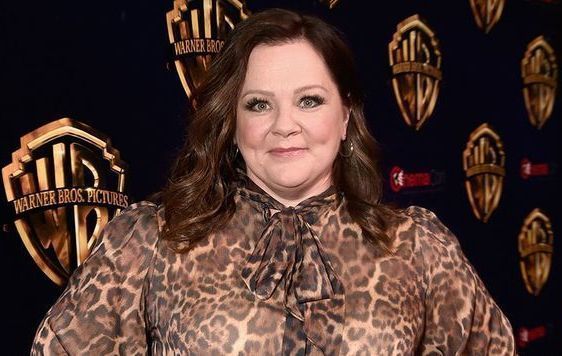 Melissa McCarthy teamed up with Property Brothers stars Drew and Jonathan Scott to help renovate her aunt and uncle's house on a hilarious and heartwarming episode of Celebrity IOU on HGTV.

McCarthy's work brought an "ugly cry" from her aunt when she saw the final work in a surprise reveal.

Celebrity IOU is a show where famous celebrities can express gratitude to important people in their lives by secretly remodeling their homes and McCarthy wanted to say thanks to her aunt and uncle who are both former cops.

The Hollywood actress convinced Connie and Jim Perusich to go on a three-week vacation to celebrate their 35th anniversary to give the Property Brothers time to renovate their Chicago home and surprise when they got back. She teamed with her cousin Jenna - the couple's daughter - to execute the cunning plan.

And so, the brothers had just three weeks to renovate four rooms in the Chicago home.

The Perusichs are both retired cops and McCarthy's uncle Jim was paralyzed from the waist down when he was seriously injured on a job. He has since taught himself to walk again but still requires some assistance to get around, so the cousins wanted to give him a big and safe space to enjoy in the renovated home.

The couple's Irish heritage was central to the original design of the house and the Property Brothers wanted to maintain an Irish feel in the newly-renovated property.

However, they both agreed that they had to get rid of the green carpet in the living room that might have added a touch of Irishness to the place but also made the living room dark and gloomy. Instead, they decided to tastefully decorate the kitchen with dark green cabinets that add a bit of Celtic flair.

The first floor of the house is now barely recognizable. What used to be a small and dark kitchen with outdated appliances is now part of an airy and spacious kitchen-come-living-space.

The Property Brothers added a new kitchen island and upgraded the couple's dining table in addition to adding bright hardwood floors in place of the old green carpet. They also knocked down a wall separating the kitchen and the living room to make the first-floor open plan and perfect for entertaining guests.

The couple was understandably in shock when they returned home and Connie Perusich became emotional almost immediately.

"Are you kidding?" she consistently asked, while husband Jim asked whether they were in the right house. He seemed particularly happy with his new man cave.

The couple's ecstasy reached new heights when the Property Brothers finally revealed that they were the ones behind the renovation.

"I think I did the ugly cry and screamed," Connie said. "That's always a class act, isn't it?"

The episode concluded with the couple dancing to a record on a new turntable in Jim's new look man cave.

"I still wanna dance," he said, taking his wife's hand.

McCarthy also became emotional when her aunt and uncle saw their new home. Earlier in the show, she called them "her heroes" and said that she wanted to do up the house for them because they spent their lives taking care of people.

"They're like two of the kindest people and they just don't put themselves first," she said of her aunt and uncle.

McCarthy reveled in her role as demolition expert and helped the Property Brothers to knock down a partition wall separating the kitchen from the dining room. She swung a sledgehammer with relish before completing the job by knocking the wall down with a kick.

The actress seemed very taken with her appearance on the show and took to Instagram to announce that she would now form one-third of the "Property triplets."

If you look closely we all hold a hammer the same way. You’ll see...

"The Property Brothers love to talk about being twins, but I think it's pretty obvious when you see the three of us together that we're actually the property triplets," she joked on Monday.

Read more: U2, Nirvana, Elvis, and Bruce Springsteen make list of most iconic songs of all time