Melissa McCarthy's dream version of Mark Wahlberg is a remarkably unremarkable version of the Hollywood star. 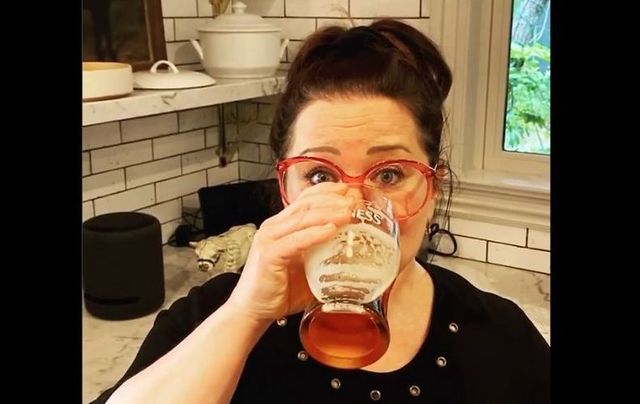 Melissa McCarthy took to Instagram to share a bizarre dream about Mark Wahlberg living with her and her husband during coronavirus quarantine.

Melissa McCarthy insists that her recent dream about Mark Wahlberg living with her and her family during quarantine "wasn't creepy."

McCarthy's hilarious video begins with her husband Ben Falcone asking her to "tell him about the dream again."

McCarthy's dream version of Mark Wahlberg is not something steamy or R-rated, rather it is a remarkably unremarkable version of the Hollywood star.

"Well, we were here. You were you and I was me, and we were just quarantining here. But Mark Wahlberg lived with us, and it seemed like maybe he’s always lived with us in the dream. It wasn’t weird or anything."

Falcone, who expertly played the part of the jealous husband, said he was happy that Wahlberg was just a friend in his wife's dream because he didn't "need that kind of competition."

McCarthy - a proud Irish-American - reassured him that her dream relationship with Wahlberg was purely platonic and that their relationship revolved solely around what kind of sandwich he wanted.

"I mean, he looked great, but I wasn’t like, Hey, Mark Wahlberg. I was just like, ‘Hey Mark, want a ham and cheese sandwich?’ And he would always say, like, ‘No, I’ll just have chicken breast."

The comic actress then abruptly claimed that they were late and took a sip out of a Guinness glass.

What was it that they were late for exactly? Apparently to dance to Mark Wahlberg's 1990s smash hit "Good Vibrations" that he recorded as Marky Mark and the Funky Bunch.

The couple ended the skit by saying "thank you, Mark Wahlberg."

Check out the comical video below to hear about the dream in full.

Read more: Mark Wahlberg was amazed by his stay in this Irish manor