The controversial Irish Australian actor reports that he's in talks to take over as helm on the fifth movie. 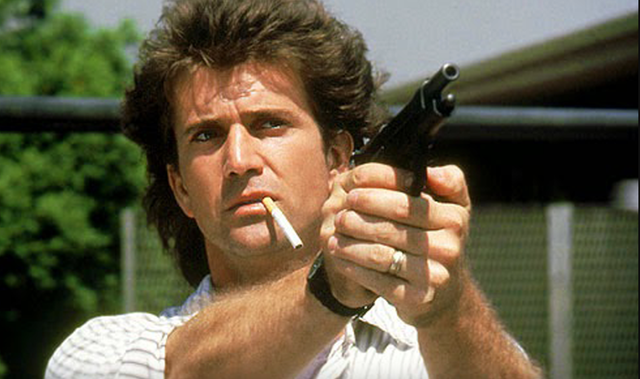 Mel Gibson told fans in London that he's in talks to become the director of "Lethal Weapon 5", however social media and critics don't seem to have warm to the idea.

Speaking at a fan event "Experience With..." in London, this weekend, Mel Gibson told the crowd that he was taking over from the late "Lethal Weapon" director, Richard Donner, behind the camera for the fifth movie in the franchise.

Gibson was cast as the live-wire LAPD detective, Martin Riggs, whose antics alongside his mismatched partner Roger Murtagh (played by Danny Glover), played out over four movies. The franchise kicked off in 1987 and Donnor was the director of all four. Sadly he passed away in July 2021.

The Aussie star told fans on Sunday "He [Donner] was developing the screenplay and he got pretty far along with it. And he said to me one day, 'Listen kid, if I kick the bucket, you will do it'. And I said, 'Shut up'.

"He did indeed pass away, but he did ask me to do it, and, at the time, I didn't say anything. He said it to his wife and to the studio and the producer. So, I will be directing the fifth one."

Variety has confirmed that indeed Gibson is in talks to take over. Richard Wenk, behind "The Equalizer" and "The Magnificent Seven" is reportedly writing the latest draft of the movie. The last "Lethal Weapon" movie was released in 1998.

Gibson is also currently working on the pre-production of "The Passion of the Christ: Resurrection", according to IMDB.

The news has not been well received by many online. Gibson has over the years been embroiled in controversies including racist and antisemitic outbursts in the past. Some believe his movies should not be supported as a result.

In 2006, the actor was arrested in California for drunk driving. Transcripts of his encounter with police revealed Gibson's rant of racist and antisemitic language, making offensive claims like Jews were "responsible for all the wars in the world."

On Tuesday, social media reacted to the news that he could be directing "Lethal Weapon 5",

Noah Shachtman, the Editor-in-Chief of Rolling Stone, added: "I'll believe cancel culture is a thing when an anti-Semitic f***wad like Mel Gibson stops getting gigs."

Someone else tweeted "Mel Gibson is a woman abusing antisemite. He is the lethal weapon. Don't watch this film."

Rewire News Editor, Imahi Gandy, said "Cancel culture does not exist if we can't keep this fucking a***ole out of the paint."

What do you think? Will you be watching?