Maureen O’Hara’s furs, jewelry and treasures up for auction

Mary Robinson and Maureen O’Hara, two of the most famous Irish women of the last century, will have sections of their estate up for auction this week. 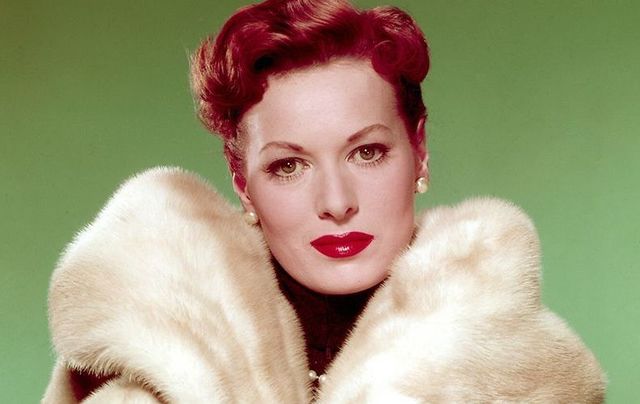 You could purchase an amazing Maureen O'Hara fur in an upcoming Irish auction.

Furniture, furs and jewelry once belonging to the late, great Maureen O’Hara could be in yours soon.

Have you ever dreamed of dressing yourself up in the furs and jewelry of the Queen of Technicolor herself, Maureen O’Hara? Well, an upcoming auction in Ireland is providing that opportunity. You could be floating majestically around in some of O'Hara's most prized coats and jewels in the near future.

On Wednesday, November 29, the collection of furs and jewelry held by Maureen O’Hara in her former West Cork home will be up for auction, including a remarkable Christian Dior full-length white mink coat. The actress, who died in 2015 aged 95, was often photographed wearing the coat, which is trimmed with Arctic fox fur and lined throughout with silk. It is thought of as one of the fashion statements that defines the Dublin native as among the most glamorous stars in Hollywood.

Also available in the same auction are sections of the estate of former Irish President Mary Robinson, who also served as the United Nations High Commissioner for Human Rights. As Robinson and her husband downsize from their fishing lodge in Co. Mayo to a residence in Dublin, several possessions of the first female President of Ireland are being sold.

These include pottery commissioned for use by President Robinson while she resided in Áras an Uachtaráin (the Irish President’s residence in Phoenix Park, Dublin).

Created by renowned Irish potter Anthony O’Brien, every single piece of the tin-glazed pottery was hand-painted with metallic oxides and hold motifs incorporating deer (a common sight in Phoenix Park) and the harp (the official symbol of Ireland which can also be found on the President’s seal).

If you could own something in the Maureen O'Hara collection, what would it be and why?