Michael Flatley’s “Lord of the Dance” troupe dazzled at the Liberty Inaugural Ball in Washington held for President Trump. 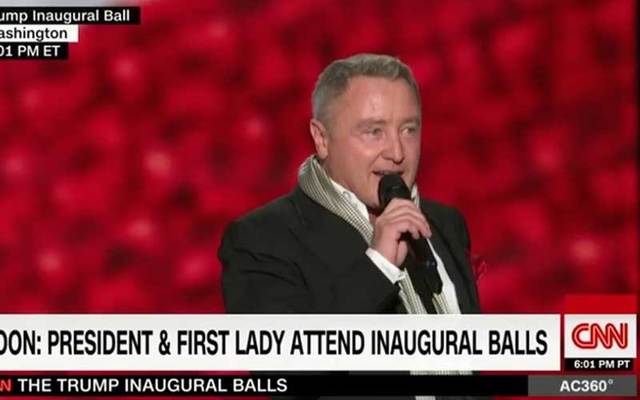 Michael Flatley introduced the dancers at the inaugural ball. Twitter/@CNN

Michael Flatley’s “Lord of the Dance” troupe dazzled at the Liberty Inaugural Ball in Washington held on Friday night for President Trump.

Flatley appeared on stage wishing the new president the very best saying “God bless him and guide him.”

Trump was not there to witness as he was on his way to the venue, but Flatley and the troupe got a rousing ovation when they finished.

The Washington Post reported that attendees packed into the 150,000 square-foot meeting space, where they dined on tortellini, cheese, and patriotic red-white-and-blue cupcakes, enjoyed on small paper plates.

A close friend of the Clintons, Flatley has also been friendly with Donald Trump in the past and the president has attended his show.

Flatley has previously done the Oscars, a Broadway Show, and toured in many different countries.

Flatley's crew joined entertainers such as Sam Moore, Travis Greene and more at the balls.