Seven guests, the first born in 1936 and the last in 2015, discuss their Christmas memories and what makes it such a special holiday in Ireland. 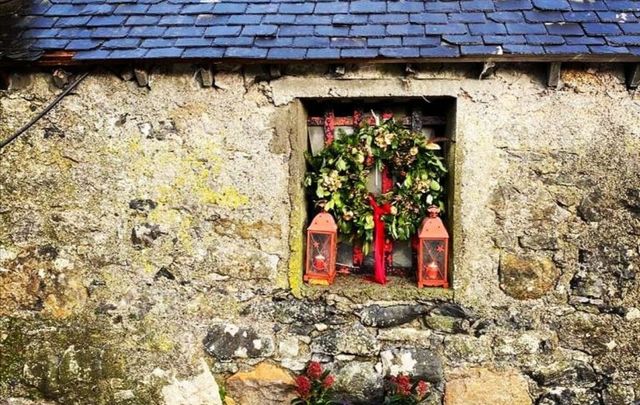 Memories of the Christmas holidays in Ireland Sheila Hoctor

The Hut Near The Bog podcast have released their Christmas episode and it is exactly what you need to get into the Christmas spirit this year!

In the episode titled 'Irish Christmas Memories' hosts, Sheila and James Hoctor, are joined by 7 guests - the first born in 1936 and the last in 2015 - to discuss their Christmas memories and what makes it such a special holiday in Ireland.

The episode's eldest guest, Patrick "Packie" O'Brien regales hurling with his peers for four hours straight on Christmas day in the 1940s and then playing pitch and toss in the evenings. Mr. O'Brien also remembers going to the bog (peatland) to fetch a Christmas tree and searching the locality in Rathcabbin, North Tipperary, for holly so they could decorate the house.

Michael Hoctor recollects, back in the 1950s, people would bury the holly a month before Christmas to preserve it before from birds. Mr. Hoctor also recalls hunting the wren on St. Stephens Day (December 26) with his brother Jack. They would dress up in disguise and go around to their neighbor's houses singing songs in the hope that they would make a enough money to buy some sweets and cigarettes!

Paula Purssord (nee O'Donohue) tells us about Little Christmas (January 6) or Nollaig na mBan as it is known in Ireland. Ms. Purssord also recalls that the windows in her grandmother's cottage in Lisdoonvarna, North Clare, would be lit up throughout the holiday period with tradtional candles.

Sarah Shortall tells a tale about her sister Samantha who once accused Santa Clause of stealing a bell from the local primary school in Enniskeen, West Cork! And the episode's youngest guest, Ellie Conroy, tells us about the meaning of Christmas and sings a beautiful rendition of "Santa Clause is Coming to Town".

Listen to 'Irish Christmas Memories' on Spotify, Apple Podcasts or Google Podcasts now! Or watch the Youtube video below.