"The Witness: In His Own Words" tells the story of Joseph "Joey" O'Callaghan, who entered the witnessed protection program aged 12. 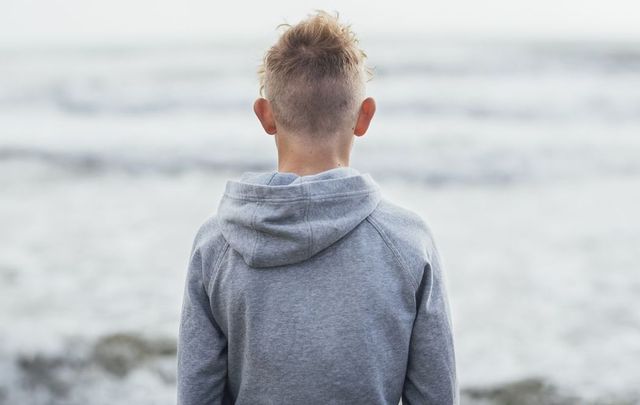 Listen in: Joseph "Joey" O'Callaghan entered the witnessed protection program, in 2005, at the age of 12, after he helped convict two drug-dealing gangsters of murder.  Getty

A new podcast series examining the incredible story of the youngest person to enter Ireland's witness protection system is currently available on all major streaming platforms.

"The Witness: In His Own Words" tells the story of Joseph "Joey" O'Callaghan, who entered the witnessed protection program in 2005 at the age of 12 after he helped convict two drug-dealing gangsters of murder.

O'Callaghan details his extraordinary life story in the enthralling ten-part series, which is produced by the team behind "The Stand with Eamon Dunphy".

O'Callaghan recounts his life story in chronological order, telling of how he was recruited into drug-running by "the Milkman" Brian Kenny and how he was instructed to deliver heroin throughout Ballymun and Blanchardstown.

"Once I started delivering the heroin, once I started taking the drugs, the threats and all that began," O'Callaghan tells listeners in the third episode of the series.

"It wasn’t like it was just threats… I’d seen his actions, what he was doing to other people, and then what he started doing to me. I’d seen him burn cars, I’d seen him chop people up, I’d seen him hit people with hammers. He put guns to my head. The first time he put a gun to my head, I can tell you exactly where I was."

The series features very little editing and allows O'Callaghan to tell the chilling story in his own words with almost no interjections from interviewer Ian Malaney.

The episodes also feature no narration, save for some explanatory lines from journalist Nicola Tallant, meaning that listeners must cling to O'Callaghan's every word.

The emotion in O'Callaghan's voice is tangible as recounts tales of his involvement with the Milkman and it is easy to empathize with the young child who was recruited into drug-running.

In a statement, he said that his involvement in gangland drugs had brought him to the "brink of death".

"I’ve seen things I don’t want to remember but can never forget. I’ve been scared, silenced, and brought to the brink of death. But I’m here. I survived," O'Callaghan said.

The first episode of the gripping new podcast was released on May 24 and a new episode has been released on a weekly basis ever since.

"The Break", the fifth episode in the series, was released last Monday.