Tyrone native Michaella McCollum was arrested along with Scottish national Melissa Reid after being found with €1.6 million worth of cocaine at Jorge Chávez International Airport in Lima, Peru, in August 2013. 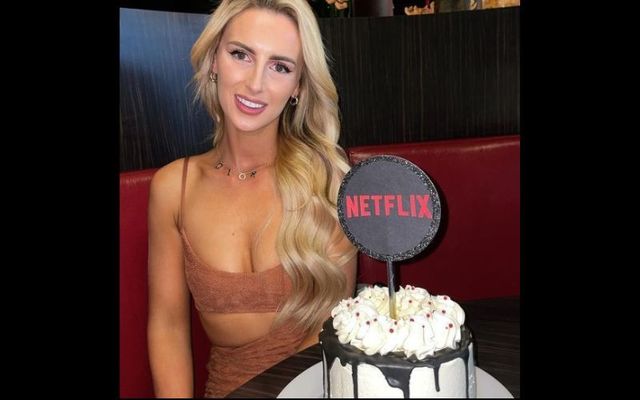 McCollum was arrested along with Scottish national Melissa Reid after being found with €1.6 million worth of cocaine at Jorge Chávez International Airport in Lima, Peru, in August 2013.

Dubbed the "Peru Two", McCollum and Reid spent more than two years in a Peruvian jail before their release in 2016.

The five-part Netflix documentary, which has been released globally but not in Ireland, follows McCollum's journey from a "regular kid from rural Northern Ireland" to a drug mule sentenced to a prison term in a maximum security Peruvian jail.

"This is the story of how I got myself into this mess – and how I managed to get myself out of it," McCollum said in the documentary.

McCollum, who was just 19 at the time of her arrest and conviction, was working in a bar in Ibiza when she was persuaded to traffic 11kg of cocaine for a €5,000 payment.

Now 29, McCollum recalled "the worst phone call ever" when she had to ring her mother and tell her that she had been arrested for drug smuggling.

"It was the worst phone call ever. I said, 'It's Michaella'. Then she's screaming and everybody's screaming," McCollum said in the documentary.

McCollum explained that the line then went dead, adding that her mother had fainted.

"My brother told me later that she just went unconscious... She was just so overwhelmed and the anxiety and stress, she kind of passed out. I think she was just completely heartbroken."

McCollum celebrated the release of the new documentary with a picture of her "celebration cake" on Instagram.

The five-part series launched on the BBC last year and a BBC spokesperson confirmed that McCollum had not received payment for her participation.

"Michaella McCollum did not receive a fee for her contribution to the documentary. Her story reveals the criminal enterprises behind the supply of drugs in Ibiza and the human cost."

McCollum previously told Today FM that she always refused to do interviews and "make ridiculous amounts of money".

"If I wanted to cash in on it I would have been making money a long time ago," McCollum told Today FM in 2019 ahead of the release of her book about her experiences in a Peruvian prison.