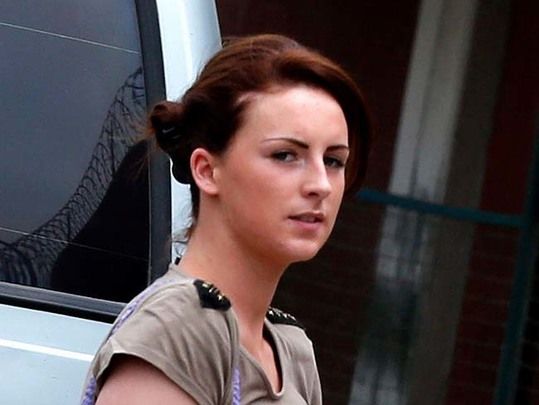 Irish drug mule Michaella McCollum has been moved to a grim high security prison in Peru – dashing her hopes of serving her sentence back home in Northern Ireland.

The Tyrone born girl and Scottish pal Melissa Reid had applied to serve the remainder of their sentences for attempting to smuggle cocaine out of Lima in British prisons.

But now their families have revealed their shock after the pair were moved from Peru’s all-women Virgen de Fatima jail to the grim Ancon 2 facility in the middle of the desert three hours north of Lima.

The Irish Mirror reports that the families fear the move may indicate a transfer has been put on the long finger as the pair serve seven-year sentences.

The report adds that prostitution and drug-taking is rife at the Ancon 2 facility where the girls were moved to last Thursday.

Melissa’s father, Billy, 54, said: “This has come as a real shock. It’s a really worrying time for the family.

“We’re still waiting to hear something from Melissa. Even if you were moved, you’d still think you’d be allowed a phone call back home to your family to tell them you’re OK. We haven’t heard anything since Wednesday.

“I got the feeling the girls had integrated quite well at Virgen de Fatima, but they’ll have to do that all again. Until we hear from them it’s difficult now how they’re doing. I just hope they’re OK.”

The report adds that Ancon is a mixed prison complex housing almost 3,000 inmates, of whom around 325 are foreign.

More than 100 of the inmates are women, most of whom are there on drug charges.

A British woman who visited her partner there last year told charity Prisoners Abroad: “There is a tension within the walls, almost a vacuum, and a timeless void.

“The nature of the design is to segregate and wear down the spirit. Every surface inside is a seamless shade of gray, even the food served to them is a cold gray mush.

“It feels like the monotony and boredom sucks the life out of the men.”

Both McCollum Connolly and Reid had applied for transfer from Peru back home.

Melissa’s dad added: “We were a bit swept up in a wave of emotion thinking the transfer might happen fairly quickly, but I think I’m back to reality in realizing that it won’t happen as soon as we hoped.”