65-year-old County Antrim star who does his own stunts needs the shoulder surgery due to wear and tear. 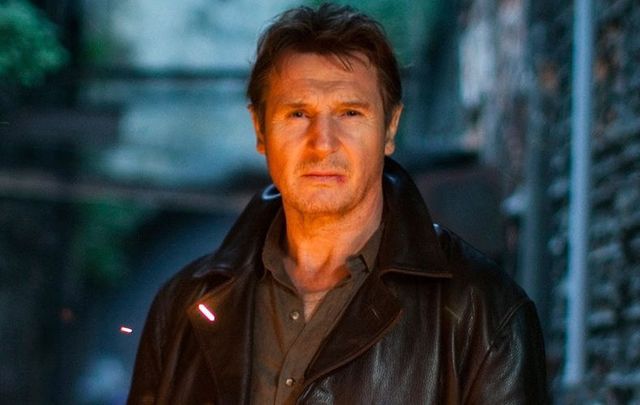 Still of Liam Neeson in "Taken 2".

“Taken” star Liam Neeson will undergo shoulder surgery this week to repair damage due to wear-and-tear. The 65-year-old star from Ballymena, County Antrim, began his career as an action movie star late in his career and continues to do many of his own stunts.

A friend joked with PageSix saying, “The action hero is being repaired.” Sources report that the star plans on catching up on some movies and watching other stars' films while he recovers over Thanksgiving.

Since the launch of the massively successful “Taken” franchise in 2008, Neeson has starred in major action movies almost every year. To name but a few: "The Grey," "The A-Team," "Run All Night" and most recently "The Commuter."

In case you've been living under a rock, here's just one fight scene from the blockbuster movie "Taken":

Earlier this year, in September, Neeson said that he planned to retire from the action movie genre. He said, “They’re still throwing serious money at me…I’m like, ‘Guys, I’m sixty-f–king-five.’ Audiences are eventually going to go, ‘Come on.’”

But then just weeks later, at the premier for “Mark Felt: The Man Who Brought Down the White House,” Neeson laughed off his remarks saying, “It’s not true, look at me!", he said.

"You’re talking in the past tense. I’m going to be doing action movies until they bury me in the ground. I’m unretired.”

Neeson garnered his serious acting chops in 1994 when he was nominated by the Academy for Best Actor in a Leading Role for “Schindler’s List.” His evolution into action hero extraordinaire really took off with his role as Brian Mills in “Taken,” but the signs were there from as far back as “Rob Roy” in 1995 and Christopher Nolan’s “Batman Begins” in 2005.

We wish the Ballymena star a speedy recovery.