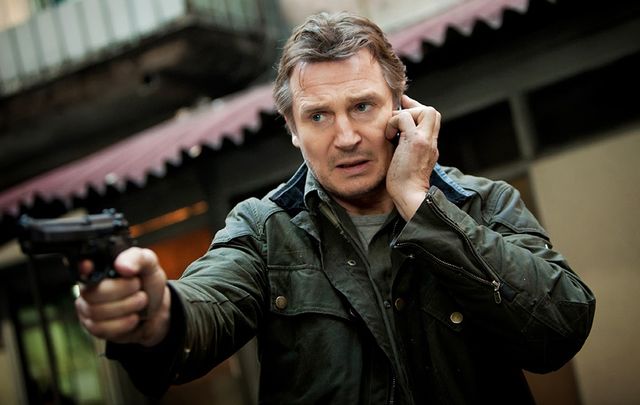 County Antrim’s Liam Neeson, star of movies such as “Taken” and “The Grey,” has announced that he will no longer take on roles as an action hero. Speaking at the Toronto Film Festival the star of “Mark Felt: The Man Who Brought Down the White House” made clear he’ll no longer act the heavy.

Speaking to Sky News Neeson said he wants to focus on more serious roles from now on, despite the massive success he has had in movies such as "Taken," “The A Team,” “Battleship,” “Gangs of New York”, to name but a few.

He told the press that his career’s turn towards thrillers and action movies was “all a pure accident.”

Neeson said, “They're still throwing serious money at me to do that stuff.

In the last year Neeson has taken on more serious roles including Martin Scorese’s “Silence” and the new Richard Nixon-era thriller “Mark Felt: The Man Who Brought Down the White House”. However, he still has another two action movies in the pipeline, including “Hard Powder,” in which he plays a snowplow driver battling against drug dealers, and “The Commuter,” directed by Jaume Collet-Serra.

It’s not just his infamous role as Brian Mills, with his “particular set of skills” in “Taken,”  that Neeson’s fans will remember. Over the years he’s had quite a few successful roles in action movies. Here are a few top picks:

Neeson as “Priest” Vallon, in “Gangs of New York”.

Liam Neeson as John Ottway, in “The Grey”.

Neeson’s next flick “Mark Felt: The Man Who Brought Down The White House” is set for release this week. The Northern Ireland star is also lined up to co-star in “Widows,” helmed by “12 Years A Slave” and “Hunger” director Steve McQueen.