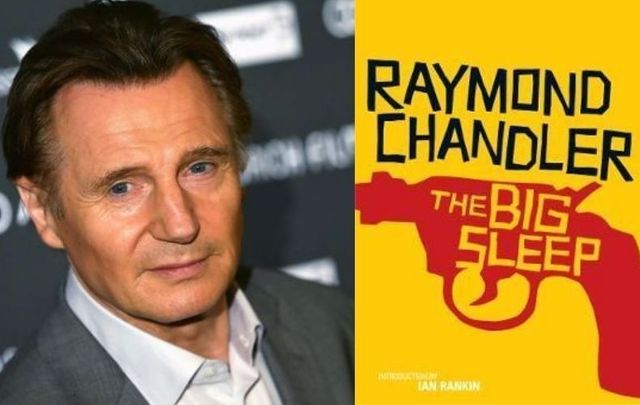 Liam Nesson will play fictional detective Philip Marlowe, who first appeared under that name in the novel The Big Sleep (1939). Getty/BookDepository

Liam Neeson is set to play the leading role of author Raymond Chandler’s fictional detective Philip Marlowe, who first appeared under that name in the novel The Big Sleep, published in 1939.

Directed by Oscar-winner Neil Jordon and adapted from the screenplay by fellow Oscar-winner William Monahan, the upcoming 1950s-set film will see private detective Marlowe (Neeson) hired to find the ex-lover of a glamorous heiress.

Initially, it looks an open and shut case, but Marlowe soon finds himself in the underbelly of Hollywood’s film industry and unwittingly drawn into the crossfire of a legendary Hollywood actress and her subversive, ambitious daughter.

The character Marlowe, immortalized in Raymond Chandler’s noir novels including The Big Sleep, has been portrayed on screen by some of the greats, including Humphrey Bogart, James Garner, Robert Mitchum, Danny Glover, and James Caan.

Deadline reports that Storyboard Media and CAA Media Finance are launching sales on detective thriller Marlowe ahead of the Cannes virtual market.

The project was first revealed in 2017, and has finally been given a start date of October 2021 and filming is due to take place in LA and Europe.

The screenplay by William Monahan is an adaptation of Irish writer John Banville’s The Black Eyed Blonde, published in March 2014 and developed for screen with Screen Ireland.

The County Wexford born writer wrote the novel under his pseudonym, Benjamin Black, as a continuation of Raymond Chandler’s iconic characters and world.