Liam Neeson's "The Marksman" is a box office champ 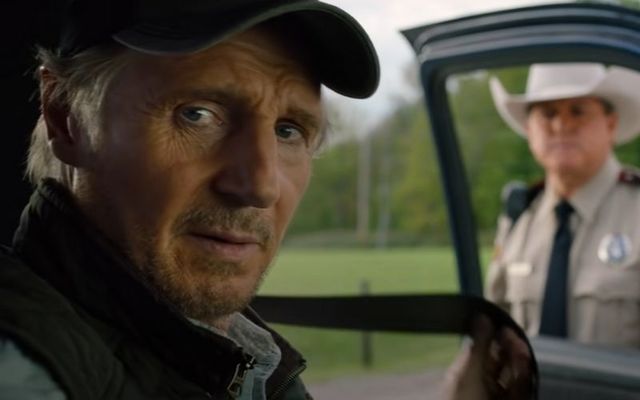 Liam Neeson says that he’s done with action movies, but maybe last weekend’s box office numbers will give him reason to change his mind.

The Marksman, Neeson's latest, dethroned Wonder Woman 1984 from top of the list, taking in $3.7 million, a big number considering that more than half of the cinemas in the U.S. are closed and those that are open have capacity restrictions.

There’s no denying that Neeson, who’ll turn 69 in June, remains a huge draw who can get folks off their couches even during a global pandemic.  His October release, Honest Thief, opened to a similar $3.7 million haul and wound up with $14 million before transitioning to on-demand platforms.

When asked by Entertainment Tonight last week if he saw an end to his career as an action hero, the Ballymena native replied, “Oh yeah. I think so. I'm 68 and a half, 69 this year. There's a couple more I'm going to do this year -- hopefully, Covid allowing us -- there's a couple in the pipeline, and then I think that will probably be it. Well, unless I'm on a Zimmer frame or something."

Neeson recalled shooting a scene in Australia for an upcoming project. "I had a fight scene with a kid -- lovely, sweet actor called Taylor -- and halfway through the fight I looked up, I was breathless and it didn't cost him a cent, and I said, 'Taylor, what age are you?' He said, '25.’ I said, 'That's the age of my eldest son!'”
One of Neeson’s classics, Unknown from 2011, is a new hit on Netflix, and Neeson says the film about a professor who has his identity stolen could be the basis for a new series.

"I'm glad, because I thought it was a pretty cool film," he says. "In fact, we're trying to get a TV series based on the premise of the story of Unknown so, it's very flattering and it was lovely to hear that people have discovered this film after 10 years."

You can check out the trailer for "The Marksman" here: