Helen Mirren said in a recent interview that she still loved Irish actor Liam Neeson, whom she dated for several years in the 1980s. 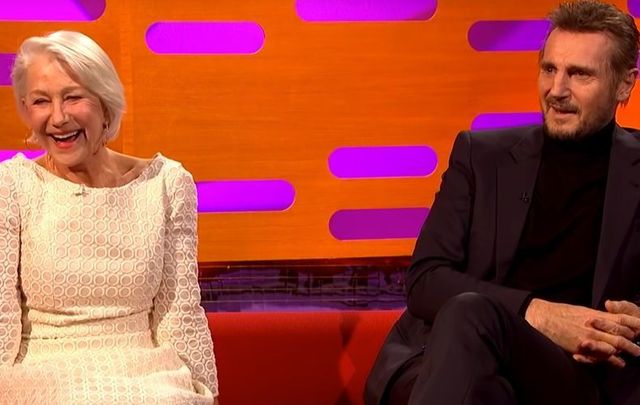 Liam Neeson and Helen Mirren met on the set of the 1981 film "Excalibur" and later went on to date.

"I love him deeply to this day. He’s such an amazing guy."

Mirren and Neeson met on the set of the 1981 film "Excalibur" and started dating. They lived together for four years before ending their relationship in the mid-80s.

The two actors spoke about their romance when they were both guests on Britain's "Graham Norton Show" in 2018.

"We lived together," the Oscar-winning actress told host Norton. "We were a serious item for a while."

Neeson, now 70, revealed how they met on the set of "Excalibur," an adaptation of the legend of King Arthur. The actor recalled standing on the set in Dublin, Ireland, next to his friend and co-star Ciarán Hinds, and seeing Mirren for the first time.

Mirren, who sat next to the "Taken" star as he told the story, laughed and said, "You've never told me that before. That's amazing."

Neeson would go on to marry Natasha Richardson in 1994, while Mirren married director Taylor Hackford in 1997.

Neeson and Richardson had two children together before Richardson was tragically killed in a skiing accident in 2009.

Mirren is currently starring in "1923," the upcoming prequel series to "Yellowstone" starring Kevin Costner. In the series, she plays Cara Dutton, the Irish ancestor of Costner's character.