Brings new meaning to going green! This Irish traffic light will entertain you with an Irish jig while you cross the road. 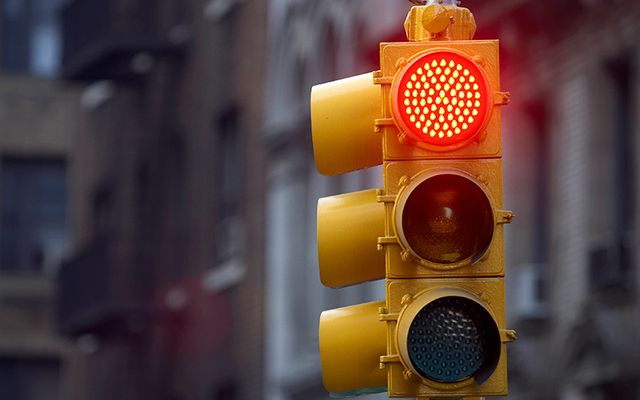 Brings new meaning to going green! This Irish traffic light will entertain you with an Irish jig while you cross the road. iStock

Only two days left until the world turns green for St. Patrick’s Day 2017 and while we’re all about the celebrations, the festivities, and the parties on March 17, we also all sometimes need a gentle reminder to look out for each other while we make the most of the one day a year when everybody is Irish.

Although we’re not aware of any trend of poor pedestrians being in car accidents on St. Patrick’s Day, if you’re in a town or city hosting a parade, there are hundreds and thousands of people roaming the streets that are normally more flooded with cars. To remind us to keep an eye out for those walking to and from parades and parties, car manufacturers Toyota in 2009 created this hilarious little ad featuring a very Irish way to go about crossing the street.

While in Ireland they generally have a red, amber and green light to tell us when it’s appropriate to cross the road, this sign features just a red man and a green man along with the beeping sound that is slow on red and faster on green (to help those visually impaired).

When the sound speeds up and the green man appears, however, it suddenly takes a turn and instead of simply standing and waiting for his little red friend to take his place, the shamrock-shaded traffic-crossing advisor passes the time by putting on a little performance for us and showing off the very best of his Irish steps.

If you do want to take on the trend and do a little jig when you cross the road this St. Patrick’s day, please do remember your safe cross code!