This heartwarming moment is one of the most beautiful moments of Irish television. 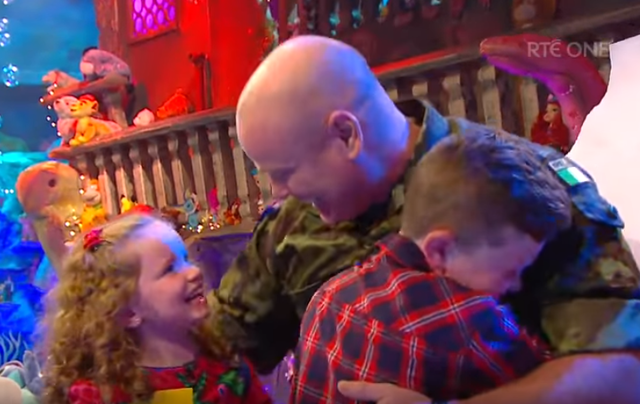 The Late Late Toy Show had a beautiful moment back in 2017. RTÉ

The Late Late Toy Show is on tonight so we’re looking back on one of our favorite moments.

It’s one of our favorite days of the year, the evening that heralds in the start of the holiday season in Ireland as families across the nation settle in for the Late Late Toy Show.

For those not in the know, the annual Late Late Toy show is a highly popular edition of the Friday night chat show in which the kids of Ireland take the reins, testing out the toys they have to look forward to this Christmas morning and showing off their wide array of talents.

An institution across Ireland and beyond, the Late Late Toy Show, which will be hosted by the show’s current presenter Ryan Tubridy, has provided us with some classic TV moments since its inception in 1975 but there is one moment, in particular, that will always stay with us.

Read more: Everything you need to know about The Late Late Toy Show 2019

Back in 2017, brother and sister Adam and Kayla Burke from Cork were among the show’s toy testers but they had a magical surprise in store.

Skip ahead to 1.24 to catch a heart-warming Christmas miracle:

What is your favorite Late Late Toy Show moment? Let us know in the comments section, below.