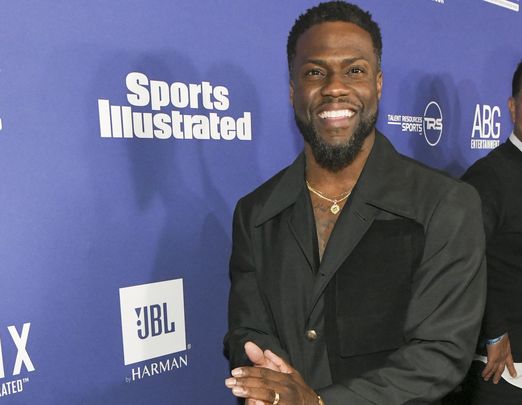 Kevin Hart is putting his head down and getting work done, spending time in Belfast working on a new Netflix comedy titled "Lift" while two of his BFFs, Will Smith and Chris Rock, are embroiled in Oscars Slapgate here at home.

Instagram/Facebook posts from Kevin and his wife Eniko show the family having a ball in Belfast, chowing down on huge onion rings, fries and other yummy-looking dishes at the city’s Kitchen Bar on Saturday, with the adults enjoying pints of Guinness.  (“P.S the kids drinks were nonalcoholic,” Kevin informed his 140 million Instagram followers.)

Kevin posed for pix with the establishment’s owners who said they had the “pleasure” of welcoming him and his family.  The Harts – Mom, Dad and four kids – also took in the sights of the city, posting photos from the steps of Belfast Castle.

It’s been a real working trip to the North for Kevin.  He’s performed three stand up comedy gigs at the Limelight in Belfast as part of his Reality Check tour; the last two, on April 2 and 3, sold out in minutes after the quick announcement by the venue on Twitter. The Limelight is a small venue that holds a few hundred customers, so perhaps KH was trying out new material for his upcoming U.S. tour dates with none other than Rock.

So what’s Kevin’s take on the controversy? He’s super close with both guys, and come July he’s joining Rock on tour with shows in New York.

“He slapped the new jack city out of Chris,” was Kevin’s response when he was interviewed a few days ago.