Bringing old and new together this Kerry singer is making waves

Junior Brother's "Full of Wine" is a love song to drink sung in an off-kilter vocal delivery and Munster lyrical vernacular.... which we just love. 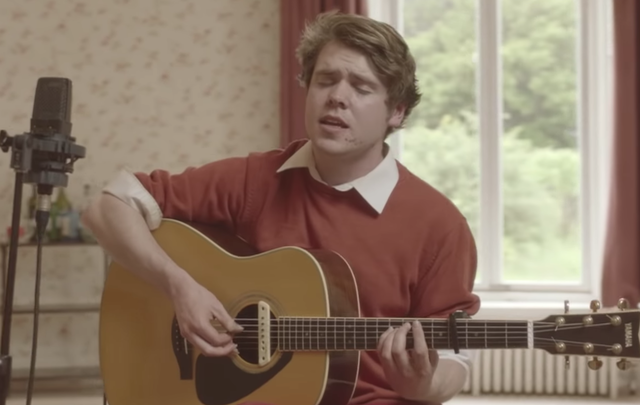 Junior Brother's "Full of Wine" is a love song to drink sung in an off-kilter vocal delivery and Munster lyrical vernacular.... which we just love.

In 2020, the IrishCentral team is making it their business to bring great catchy and sometimes strange and wonderful Irish music to our global Irish community. We think you'll agree that there's something brilliantly original and genius about this week's pick - Junior Brother and "Full of Wine".

Ronan Kealy, aka Junior Brother, wrote his first song at the tender age of nine having taught himself the guitar. The rest for this Killarney, County Kerry man is history. His first album, Pull the Rope Tight,  was released in May 2019 and he's fast becoming a regular fixture on the Irish music scene. A well-known name on the live music scene he can boast of big fans in folks such as Cillian Murphy and Blindoby Boatclub.

As Nialler 9 put is "The Kerry native’s signature approach to folk music is singular. There’s no mistaking Ronan Kealy’s off-key, off-kilter vocal delivery and Munster lyrical vernacular. He released his debut LP in May of this year, entitled Pull The Right Rope on Galway’s Strange Brew Records."

His moniker, Junior Brother, comes from Kealy's study of English at University College Cork. The name is that of a character in a Jacobean play "The Revenger’s Tragedy".

Imro explains that the song "‘Full of Wine’ is a love song to drink, embracing the madness and inclusivity of it at its best. But at its worst, drink is of course nothing to celebrate. That is why this song is expressed through a ramshackle, devil-may-care recklessness, perhaps sounding like it’s in danger of derailing at any point. But, as the song climaxes to a point of no return, ‘Seoirse Brabston’ saves it, an 18th-century harp jig by blind harper Turlough O’Carolan, lifting the song into a sort of heaven."

What do you think? We're officially hooked.

If you have any other Irish songs or musicians you think IrishCentral's community should know about let our team know at Editors@IrishCentral.com.