Ireland could be represented by Sex Pistols icon at 2023 Eurovision

Johnny Rotten, former Sex Pistols frontman, and his band Public Image Ltd have entered their song "Hawaii" in a bid to represent Ireland at the 2023 Eurovision Song Contest. 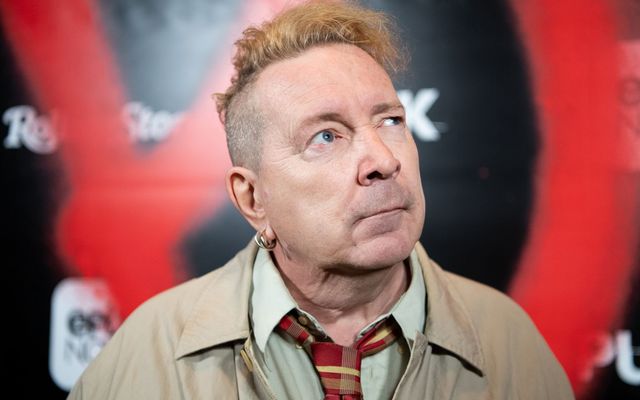 Johnny Rotten, former frontman for the Sex Pistols, hopes to represent Ireland at the Eurovision Song Contest in May after entering a song in Ireland's Eurosong contest.

Rotten, the punk icon whose real name is John Lydon, has entered the song "Hawaii" and will perform it with his current band Public Image Ltd. when the competition takes place on RTÉ's The Late Late Show on February 3.

The song is described as a "love letter" to Lydon's wife of five decades Nora, who is living with Alzheimer's.

The band described the song as "a pensive, personal yet universal love song that will resonate with many" and said the song is about one of Lydon's happiest moments with his wife when they were in Hawaii.

London-born Lydon, whose mother is from Co Cork and whose father is from Co Galway, has attempted to represent Ireland at Eurovision in the past and made it to the final ten contestants in 2018 with his song "Pleased to Meet You."

However, he lost out to Ryan O'Shaughnessy, who represented Ireland in Portugal with his song "Together."

In May 2022, ahead of a Public Image Ltd gig in Belfast, Lydon told the Irish News that he had gotten his Irish passport, but clarified: "It's not for romantic reasons, because I was fed up being anally examined at Heathrow – I'd had quite enough of that."

1/2 PiL will be competing to represent Ireland at Eurovision 2023 with their new single Hawaii - which is available on all digital platforms from today, Monday, January 9th.
Download or Stream Hawaii now! A PiL song like no other. https://t.co/hSdJYEiaoz pic.twitter.com/6Q8jRGag1g

Irish pop group Wild Youth have also entered the race to represent Ireland at Eurovision this year with their song "We're One," while ADGY, CONNOLLY, Leila Jane, and K Muni & ND will also compete in the Eurosong contest on The Late Late Show next month.

The Eurovision Song Contest will be held in Liverpool in the UK on Saturday, May 13.

The United Kingdom, which came second behind Ukraine in last year's competition, is hosting Eurovision due to the ongoing conflict in Ukraine.

The winner of next month's Eurosong competition will first compete in a Eurovision semi-final held on Tuesday, May 9, or Thursday, May 11, in an attempt to qualify for the Eurovision final.