How accurate is the depiction of the 1961 meeting between the Kennedys and Queen Elizabeth II in the Netflix hit "The Crown"? 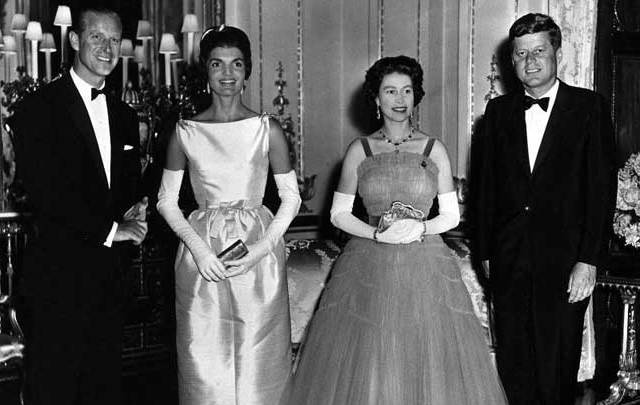 In June 1961, US President John F Kennedy and his wife Jackie visited Buckingham Palace. The visit, which occurred only a few months after Kennedy took office, is featured in a second season episode of the Netflix series "The Crown."

"The Crown" episode caused quite a stir but was based on truth, apparently. Queen Elizabeth finds out that weeks after their meeting, the First Lady Jackie Kennedy told dinner guests that the queen was “a middle-aged woman so incurious, unintelligent and unremarkable that Britain’s new reduced place in the world was not a surprise but an inevitability” and called Buckingham Palace “second-rate, dilapidated and sad, like a neglected provincial hotel.”

In truth, the Kennedys did have criticisms of Queen Elizabeth following their meeting. According to The Telegraph, Cecil Beaton claimed that Kennedy “was unimpressed by the palace furnishings and by the Queen’s dress and hairstyle.” Gore Vidal claimed that Jackie described the queen as “pretty heavy going.”

Another drama related to the meeting that is not referenced in "The Crown" involved the guest list. According to the Reader’s Digest: “Traditionally, divorcées are not invited, so the queen has been reluctant to welcome Jackie’s sister Princess Lee Radziwill, who is on her second marriage, or her husband, Prince Stanislaw Radziwill, who is on his third. Under pressure, she relents, but, by way of retaliation, singularly fails to invite Princess Margaret or Princess Marina, both of whose names Jackie has put forward. Jackie’s old paranoia returns: She sees it as a plot to do her down. /The queen had her revenge,’ she confides to Gore Vidal. ‘No Margaret, no Marina, no one except every Commonwealth minister of agriculture they could find.’

During the meeting, the president presented Queen Elizabeth with a signed portrait of himself in a silver Tiffany’s frame, with a handwritten message: “To Her Majesty Queen Elizabeth II, with appreciation and the highest esteem, John F. Kennedy.”

One account of the meeting does suggest a somewhat warm post-dinner exchange between Jackie and the queen, which mirrors a moment of bonding between the two women depicted on "The Crown. 'Jackie told Elizabeth how tiring it was to be on display as a public figure. To which the queen reportedly responded: “One gets crafty after a while and learns how to save oneself.”

However, Jackie supposedly later told Vidal: “I think the queen resented me. Philip was nice but nervous. One felt absolutely no relationship between them.”

Following up after the dinner, JFK sent a birthday message to the queen. “May I also at the same time say how grateful my wife and I are for the cordial hospitality offered to us by your Majesty and Prince Philip during our visit to London last Monday,” he wrote. “We shall always cherish the memory of that delightful evening.”

Unlike the depiction in "The Crown," there are no reports that Jackie’s criticisms got back to the Queen, and the year following the dinner, Jackie visited Elizabeth in lower-profile circumstances without her husband when the monarch invited her to lunch on March 28, 1962. Jackie told the press afterward: “I don’t think I should say anything about it except how grateful I am and how charming she was.”

"The Crown" creator Peter Morgan has not specified what knowledge he bases his plot twists on, but he said: “I think there’s room to creatively imagine, based on the information we have about her.”

Two years after JFK’s assassination, Queen Elizabeth opened a U.K. memorial for Kennedy at Runnymede in Berkshire, the site of the sealing of the Magna Carta. The dedication was attended by Jackie, and the Kennedy children Caroline and John. During the dedication, Elizabeth gave a speech saying, “The unprecedented intensity of that wave of grief, mixed with something akin to despair, which swept over our people at the news of President Kennedy’s assassination, was a measure of the extent to which we recognized what he had already accomplished, and of the high hopes that rode with him in a future that was not to be.”