Irish actress Jessie Buckley, one of the stars of "The Lost Daughter" on Netflix, chats about having a sex scene with Peter Sarsgaard, the film's director Maggie Gyllenhaal's husband. 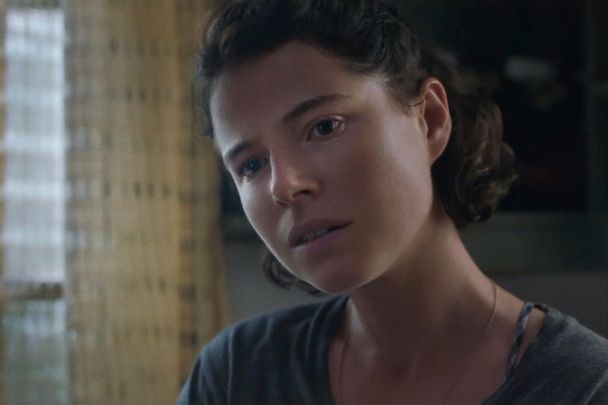 Doing steamy sex scenes with your boss’s husband was no sweat for Jessie Buckley, one of the co-stars of the awards-contending Netflix film "The Lost Daughter," written and directed by Maggie Gyllenhaal.

Co Kerry native Jessie earned lots of critical acclaim for portraying the young Leda in the film; the older Leda is Olivia Colman, who’ll surely be among the list of Best Actress nominees when Oscar picks come around.

Many of Jessie’s scenes are with Peter Sarsgaard who plays her lover, Professor Hardy. Sarsgaard has been married to Gyllenhaal since 2009 and they have two daughters, and Jessie rightfully wasn’t one bit panicked when it came time to film the intimate scenes.

“It wasn’t awkward at all,” Jessie told Variety last week. “You just put yourself aside, and you just do it. We’re both grown-up enough to just really tell the story.

“I thought it was kind of rock ’n’ roll. I thought, ‘Wicked! Good for you!’ They’ve been married for ages, and they respect each other so much as artists, and I thought how cool for both of them to hold that space and think, ‘Let’s just make something great together.’”

Maggie, as it turns out, was totally fine with directing her husband and Jessie, though it took a while to get comfortable.

"I did think at first, 'Maybe it's not a great idea,' and then I was like, 'I've been with my husband for a long time. We've been through so much. I know my husband loves me. Who could do this better than him?' Really, nobody," Gyllenhaal said during a recent appearance on The View.

"The sexuality, it's strange; it's a weird part of our job. The thing that makes the scene hot, I think, is that he's hot for her mind — her mind. What is sexier than that?”

We told you a few weeks back that Jessie earned rave reviews for her star turn as Sally Bowles in "Cabaret," now playing on London’s West End. The musical was shut down for a couple of weeks because of Covid right after it debuted and is now back on track. Jessie would love to take it to Broadway at some point, but there are no firm plans.

“I’m not sure yet but I would love that,” she told Variety. “I wouldn’t stop crying, for sure.”

You can catch the trailer for "The Lost Daughter" here: