Bloodlands is the new post Troubles four-part thriller about hard-bitten police detective Tom Brannick (James Nesbitt) whose latest case drags up unwelcome ghosts from his past. 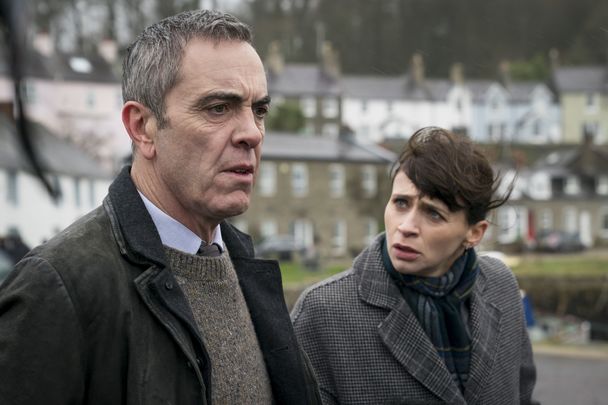 Bloodlands is the new post Troubles four-part thriller about hard-bitten police detective Tom Brannick (James Nesbitt) whose latest case drags up unwelcome ghosts from his past.

Thrillers set in the North tend to be excellent, but police procedurals set against the backdrop of a divided society – with all the complications that follow that – tend to grip you from the opening scene.

So it is with Bloodlands, the atmospheric new thriller about detective Tom Brannick (James Nesbitt) who is saddled with the investigation into a missing former IRA kingpin whose SUV has just been pulled from the lough.

But things take a turn when forensics find a postcard inside the car that's associated with a long inactive serial killer. Has he come back? Has he kidnapped the IRA man? And what exactly makes Brannick look so unnerved when he sees the card?

Assisting Brannick with the investigation is the wise and wisecracking detective sergeant Niamh McGovern (the superb Charlene McKenna, best known for Peaky Blinders). McGovern senses that Brannick is holding a key detail from her. “Is there something you’re not telling me?” she asks at the scene of the crime. “Yes,” Brannick replies. “Now, carry on.”

The terseness, the withholding, are all very northern male and Nesbitt is the platonic ideal of an Ulster man – all flint and hard edge on the surface belying all the turmoil beneath.

Nesbitt has a lovey interiority as an actor and he's ideally cast in this tense if sometimes clunkily written drama. The unexpected reemergence of a deadly killer after twenty-two years is enough of a hook to pull you in and Bloodlands real skill is in the acting and the direction.

How do you dig up a past that everyone around you would prefer to keep buried? What if the police department itself is loathe to watch you kicking around some old burial grounds digging up old ghosts? 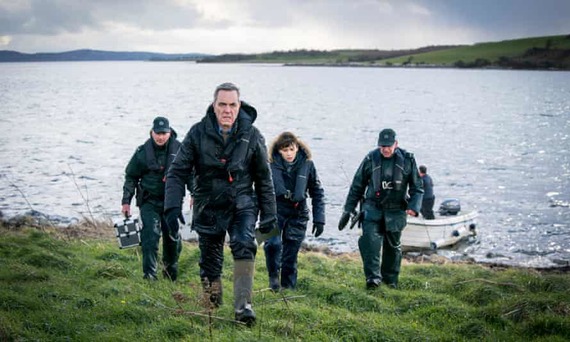 What keeps you watching is the slow reveal of what this investigation is personally costing Brannick, even as he doggedly pursues it. He's sliding down a razor blade but he's not stopping because unlike most people around him he still believes in justice.

You can see in his craggy face, which looks like it's a moment away from collapse, what this reemergence is costing him personally and Nesbitt and McKenna carry the show between them.

A word about his co-star McKenna. She's note-perfect. She's the heart and soul of this dark and compelling drama and she brings reality to political situations that might tip over into farce in less skilled hands.

As detective McGovern is the persistent investigator who cracks open the whole case and watching her in action, you will believe it. She's funny, formidable and dogged in her pursuit of the truth, making her a first-rate wingman and (if I'm honest) the character I wished had been the real head of this drama from the opening scene. 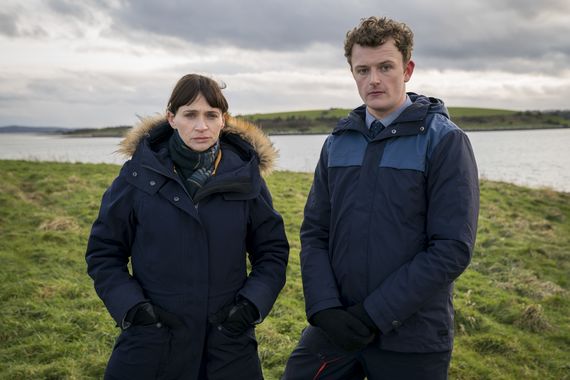 McKenna is best known for her work on Peaky Blinders and Pure Mule, but American audiences will see another side to her as this well-rounded and grounded investigator who stops at nothing to uncover the full story.

After he visits the missing IRA man's wife (played by Derry Girls Kathy Kiera Clark) Brannick discovers there is more, much more, to this case and to the key players than he ever suspected, which raises the stakes for all. How do you keep the hornets inside the nest after you kick it over the show asks?

Clark is let down by some cringey writing that gives her one dimension (the suspicious, mistrustful wife of a former hood with hidden secrets of her own). If there's a central casting office for flinty IRA wives (and there is) her character might be near the top of the list. If ever a show was made with its overseas viewers in mind, it's this.

What saves Bloodlands from further cliché is its pacy direction and the commitment of its core supporting cast who do a surprising amount of the heavy lifting. The story is tension-filled from the first episode and it only increases from scene to scene. 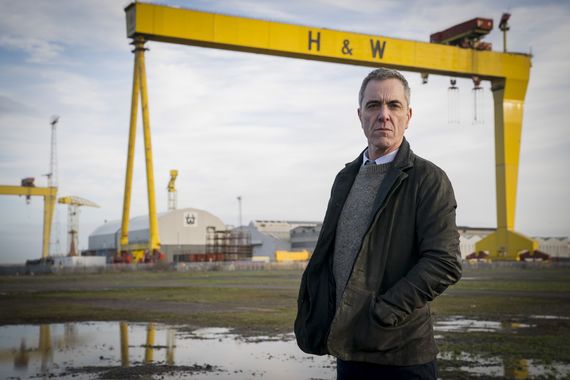 Soon we find out that the mystery killer is known by the code word “Goliath,” a skilled assassin who may have had an inside track and who is thought to be responsible for a series of 1998 disappearances (and likely deaths) of four people shortly before the Good Friday Agreement was signed.

It's at this point you may start to have ideas about who is really driving the story and whose hidden hand has been active all along. As with the recent popular thriller The Undoing, you may figure out the whodunnit, but you'll stick around for the whydunnit.

Meanwhile, Brannick and McGovern’s widening investigation eventually leads them to a small island on Strangford Lough where they find a shallow grave filled with skeletons, all of whom have been shot in the head, execution-style.
There's no question that dark deeds were done through all the long decades of the Troubles and the question that Bloodlands appears to be asking is how much can we be asked to pay for peace? It's a good question but it's unlikely to be answered by this bleak and often cheerless show.

One group who may be less than pleased with this sure-to-do-well show is the Northern Ireland Tourist Board. Rarely have the dreary steeples looked drearier on film. Everyone and everything frequently looks perished with the cold and when the sun does break out it's for a flickering moment before the clouds and the rain and darkness return.

Having grown up in the north even I found Bloodlands bleak grey color palette washed out almost to the point of satire. It's clear that the show is attempting to telegraph gritty urban realness to the island to our west and further afield, but did it have to do so on stilts? We know this is what English people think Ireland looks like, but do we have to confirm their biases so enthusiastically? 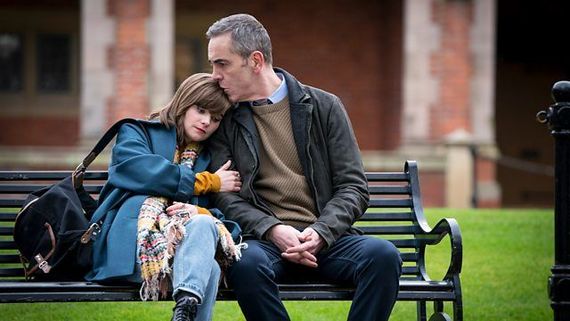 As Brannick's Queen's University-bound daughter, up and comer Lola Petticrew brings a little much-needed color to the show, also serving as an emotional refuge for her troubled police detective father, who spins out with growing frequency whilst investigating this case for reasons that are shocking when they are finally explained. “You've raised her in a world without all this...” Deputy Chief Constable Jackie Toomey advises Brannick and his implication is that if he stops digging there might be a chance to keep that peace undisturbed.

But the trouble with the Troubles is that they never really stay very silent for long. In this high-stakes investigation, old loyalties and friendships are put on the line as the truth starts slowly coming to the light.

Quibbles aside Bloodlands successfully does what it sets out to do, tell a gripping tale of double-crosses and lethal consequences in the shadow of the long war, with brilliant work from a stable of Irish directing, acting, and production talent. I can't promise you'll learn something deep about the conflict, but you'll be gripped by this white knuckle thriller from start to finish.