James Joyce’s 'Ulysses' being developed into a virtual reality game 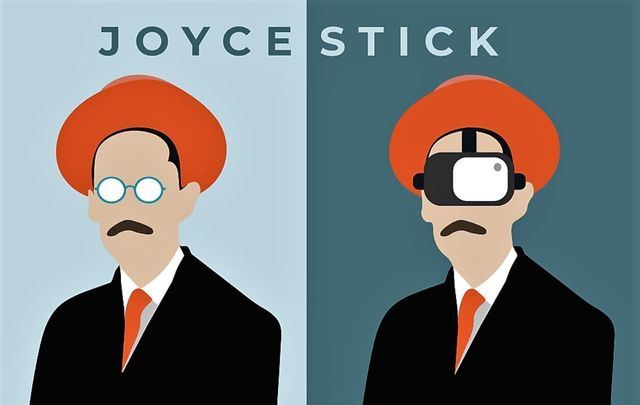 How many of you have tried and failed to read the famous “Ulysses”? How many of you would love to know more about the world of Joyce but just can’t get your head around the language used?

Read More: How was Jame Joyce's Ulysses defended when on trial for obscenity

While we would never discourage you from reading the book itself, some saving grace has arrived this year in the form of "Joycestick," a virtual reality experience that will transport you straight to Joyce’s Dublin.

A team at Boston College has taken on the mammoth task of bringing James Joyce’s “Ulysses” to the masses by reworking the epic piece of Irish literature into an immersive virtual reality 3D experience.

Joycestick is set to bring the famous book to life by recreating the text in a game format where users will wear a virtual reality headpiece, earphones, and a gaming device to travel through the chapters of the book, interacting with Joyce’s words through the 3D objects around them.

Rack up points and rewards through your actions, hear pieces of text from the novel by interacting with one of the objects in your environment, and learn more than you may have previously believed possible about the complicated Irish work, and all without sitting in a stuffy lecture hall or having to attend classes.

Read More: Stages of trying to read James Joyce's Ulysses ahead of Bloomsday

“Instead of using virtual reality as just an extension of video games, we’re trying to use it as an entirely new medium of storytelling,” said Boston College senior Ryan Reede, a computer science major who is part of the project's coding team.

“There’s interactivity, there’s audio, there’s text, there’s music, there are all these different elements to Joycestick, but at the end of the day, it’s more of a new form of storytelling.”

The project is being led by Boston College scholar Joseph Nugent, associate professor of the practice of English, who says Joycestick represents new ground for the teaching of literature.

Interested in Joyce studies and in the relatively new academic field of digital humanities—which looks to further study in the humanities by collaborating with other technology-based fields—Nugent had combined his passions into a class in Boston College out of which the Joycestick project emerged.

A venture concerned with collaboration between different skill sets, the team is made up of those who can work on 3D modeling, those who can create the sounds and narration within the game, those who can develop the code, and those versed in “Ulysses” who can construct the narrative for the experience. Working together, they aim to create a virtual world as close to Joyce’s vision as possible.

“For me, Joycestick – and digital humanities – has entirely transformed my career, and led me to a whole area of creativity and possibility,” says Nugent, a native of Mullingar, Ireland.

“As much as I love literature, my traditional training hadn’t offered me the kind of fulfillment that comes from the kind of cutting-edge research technology has made possible.”

Read More: Who were the real people in James Joyce’s Ulysses?

Arguments have raged since its first publication in 1922 about whether 'Ulysses' can be classed as the “best” or just the “most difficult” English language novel to ever be written. Following the often mundane and tedious activities of one Leopold Bloom, as he travels around Dublin one day in 1904, the 700-and-something page book has been a challenge too far for many people, a challenge that Joycestick is hoping to lessen.

“The challenge so far … has probably been turning this novel into a video game,” states Anthony Perasso from the storyboarding team, “but also staying true to the novel and all its complexities at the same time because you don’t want to stray from that and make just a fun game.

Begin your Joycean adventure in Martello tower and progress from here onto further scenes where you will be able to pick up objects that will tell you more about the Irish writer’s piéce de resistance.

The project has already supplied us with some samples of what to expect from Joycestick and the different props that will be available.

First, we have an old razor blade:

Razor by Joycestick on Sketchfab

Bowler Hat by Joycestick on Sketchfab

Gramophone by Joycestick on Sketchfab

“Most times when you read a novel you just move through it, you don’t consider the time period as much as we’re considering it in this class. We’re really taking the time to look at the aesthetic, the photographs, images of the time, the objects ‘Ulysses’ used,”  said Vinny Roca, a student on the design team, of the game’s visual elements.

In fact, some of the scenes in the VR experience were recreated by filming and photographing sites in Ireland. All the objects had to be researched, scaled and linked to the text; touching an object triggers a recorded narration from the book, along with other sounds, to explain its significance to the novel.

You can find more information on the Joycestick project on the group's Facebook page.

Do you think Joycestick will help make James Joyce's famous 'Ulysses' more accessible? Let us know in the comments!