Natalie Portman finds her harshest critics of “Jackie” among the servicemen who accompanied the First Lady on that tragic day. 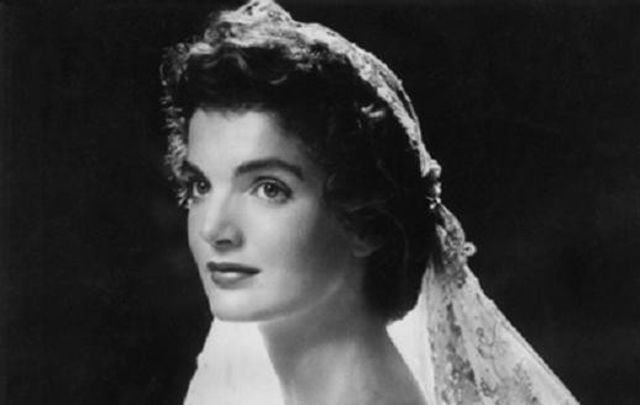 "Jackie" chronicles the tragic story of First Lady Jackie Kennedy in the aftermath of her husband's assassination. WikiCommons

Natalie Portman may be the talk of the town in the lead-up to the Oscar nominations, but the Secret Service bodyguard closest to First Lady Jackie Kennedy immediately before, during and after the assassination of President John F. Kennedy may not be the first one to throw the prize her way.

Released on December 2, “Jackie” is the story of the former First Lady during one of the hardest periods of her life: the weeks of public mourning just after the assassination of JFK in Dallas.

Memories of her husband’s death, her fight to create a legacy, and the horrid mixture of grief and social pressure Jackie experienced are all captured by Portman, who is at her best. The performance has her nicely placed to pick up an Academy Award for Best Actress in the new year, following the Golden Globe nomination she received earlier this month.

Portman's performance may have wowed the critics, but when it comes to blockbusters featuring a story from recent history, sometimes the professional critics aren’t the ones you need to convince.

"I'd give it a B minus," former secret service agent Paul Landis told Cleveland.com. Landis was assigned to the First Lady’s detail during the period in question.

"I have mixed feelings," he continued. "I think Natalie Portman over-exaggerated on the voice. It was overplay. She came across as a dumb brunette, and that was not how Mrs. Kennedy was."

Landis, who was 28 at the time, saw the third bullet hit the president in the head from his perch on the running board of the car directly behind the presidential limousine.

He was also there in the immediate aftermath and throughout all the the major scenes played out in “Jackie,” standing alongside the First Lady as she waited in Parkland Hospital as doctors attempted to save her husband. Landis accompanied Jackie on Air Force One as the president's body was brought to Washington, and he walked right behind her as she marched behind her husband’s coffin four days after the assassination.

Now 81 and living in Shaker Heights, Ohio, Landis went for many years without discussing the tragedy that unfolded in front of him, but now he readily shares his experience, allowing himself to recall his own struggle to keep his composure.

Landis had previously worked on the detail for Caroline and John-John Kennedy before being reassigned to the First Lady and he couldn't stop himself from crying that day on Air Force One as he thought about the children.

Asked if the point in “Jackie” when the assassination is played out made him emotional, Landis replied: "I tuned so much of that out over the years; I wouldn't let myself get emotional."

"I suppose I was in shock [when the assassination happened in real life], but we didn't think of it that way back then,” he continued.

"I came close to breaking down a few times, but I knew I had a job to do and I had to get it together."

It was only when seated on Air Force One as they left Dallas that the secret service agent, who left the service six months later, allowed himself to express his own sorrow.

“Then I walked through the plane to the second row, took my seat, and broke down completely. But I wasn't crying for him; I was thinking about the kids,” he said.

"I was crying, and I couldn't have stopped myself if I tried."

Looking back on those events now and comparing them to what has been portrayed on the big screen, Landis admits that there is plenty of artistic license taken with the film, especially with regards to the First Lady’s mannerisms. Landis says he hardly ever saw Jackie smoke, as Portman portrays, and he remembers no blood on her face after she got out of the car, a dramatic scene in “Jackie.”

"The gunshot scene was pretty realistic," he admitted, however.

Landis left the Secret Service half a year after the assassination, but it would be almost 50 more years before Landis and his colleagues from that time would discuss the role they played on that day and speak openly about what they witnessed. He is now working on a book of his own memories of the event.

“Jackie” was released in US cinemas on December 2. You can view the trailer here: