What Irish movies are tipped for the Oscars?

Ireland can really hold its own when it comes to Hollywood and to making great movies, and the 2017 Oscars are set to be no different. 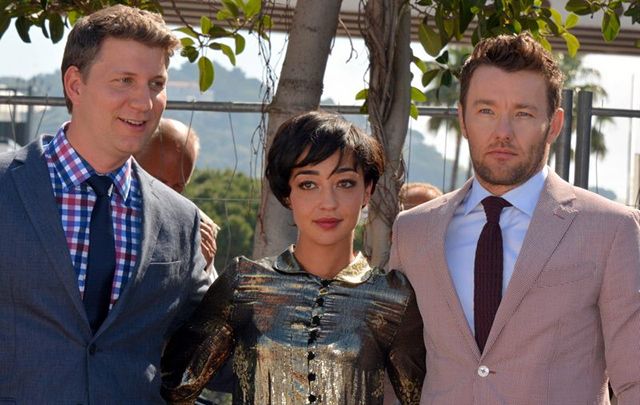 While "Manchester by the Sea" and "La La Land" appear to be the standout films of the year, once again Ireland is punching well above its weight at the 2017 Academy Awards with three Irish nominees awaiting their fate and several other nominees in the running that have very strong links to Ireland.  Last year we could make various claims to two of the year’s biggest films – "Brooklyn" and "Room" – flying the flag for our small nation. Then there was the Oscar winner for Best Short Film (Live Action) which went to Irish-language short "Stutterer."

With the ceremony upon us tomorrow evening, we look at the Oscar contenders for Ireland and what their chances are:

“Loving” is technically not an Irish film but its leading lady, Irish-Ethiopian actress Ruth Negga, is the talk of the town thanks to her stirring performance. Born in Ethiopia to an Irish mother and an Ethiopian father, Negga moved to Ireland when she was four and was raised in Limerick. She starred alongside Cillian Murphy in “Breakfast on Pluto” and also appeared in the first two seasons of Irish hit series “Love/Hate.”

She has been appearing more on this side of the Atlantic in recent years and is known for parts in “World War Z” in 2013 and “Warcraft: The Beginning” in 2016.

Her starring role in “Loving”, however, has brought her to the attention of the Academy and won her a nomination for Best Actress. Negga's sterling performance as Mildred, who is fighting for her right to marry a white man, has put her in competition for the statue with Emma Stone who looks more likely to bring home the award for her role in "La La Land".

Set in Virginia in 1967, "Loving" tells the story of Mildred and her husband Richard as she faces punishment and imprisonment in order to obtain a legal marriage at a time when interracial marriages were illegal.

Starring Irish actor Colin Farrell alongside Rachel Weisz, this absurdist dystopian black comedy was co-produced in Ireland, United Kingdom, Greece, France and the Netherlands. Selected to compete for the Palme d'Or at the 2015 Cannes Film Festival and having already one the won the Jury Prize "The Lobster" may be in competition with big hitters "Manchester by the Sea" and "La La Land"  but the screenplay is incredible if a little insane. It will take a lot to beat them off but we're hoping it has the edge.

For the second time, Consolata Boyle has been nominated for an Oscar for her costume design, this time for "Florence Foster Jenkins" starring Meryl Street and Hugh Grant. She was first nominated back in 2006 for "The Queen."

Streep plays Florence Foster Jenkins, a New York heiress who became an opera singer known for her painful lack of singing skill, and she looks great the whole way through the film so we're sure Boyle has it in the bag this time.

There were rumors flying around in late 2016 that Irish actor Liam Neeson could see a nomination for Best Supporting Actor in the Martin Scorsese film “Silence” but alas, Neeson is to be left Oscar-less.  The "Taken" star came extremely close in 1994 when he was nominated for Best Actor for his performance as Oskar Schindler in the award-winning, critically-acclaimed "Schindler's List."

"Silence" had a disappointing performance when it was released in early 2017 and does not appear to have lived up to the hype surrounding its long-awaited production and release. Its relative failure may be the reason why Scorsese allowed his upcoming gangster flick "The Irishman" to move to Netflix. Nonetheless, the film is nominated for in the Cinematography category but it's very likely that this too will lose out to "La La Land."

Also starring Andrew Garfield, Adam Driver, Tadanobu Asano, and Belfast’s Ciarán Hinds, "Silence" is a historical drama based on the novel of the same name by Shusaku Endo.

Neeson plays mentor Fr. Cristóvão Ferreira in the film, which is based on the violent persecution endured by two Portuguese Jesuit priests in 17th century Japan. Fr Sebastião Rodrigues and Fr. Francisco Garrpe, played by Garfield and Driver, travel to Japan to find their mentor (Neeson) despite the Japanese ban on Christianity and almost all foreign contact.

Half Irish, half Jewish New York native Kenneth Lonergan, who formerly contributed to the screenplay for "Gangs of New York," is the writer and director of “Manchester by the Sea” starring Casey Affleck, Michelle Williams, and Lucas Hedges. All three actor received a nod from the Academy in its acting categories but Lonergan has also been singled out for a directing nomination, while the film has earned critical acclaim for its screenplay.

Lonergan can be seen here talking about his roots in Ireland:

This is a bit of a stretch. Although the big names in this film have no direct links to Ireland, the subject matter certainly does. “Jackie” is, of course, the story of Jackie Kennedy during one of the hardest periods of her life – the weeks of public mourning just after the assassination of her husband, President John F Kennedy. Jackie is contending with the memories of her husband’s assassination, her fight to create a legacy, and the horror of her grief and the social pressure of being such a massive public figure, all of which is beautifully captured by Portman, who is at her best.

Of course, to see Portman win would also see Negga lose so our hopes are still riding with our Irish favorite. The movie has also been nominated for Music (Original Score) and Costume Design

What do you think the chances are of an Irish Oscar at the 2017 Academy Awards? Let us know if you’ve any suggestions in the comments section, below.