Not again! Irish stars call out New York Times after being described as "British"

The Irish stars of "Bad Sisters" have called out The New York Times for describing them as British. 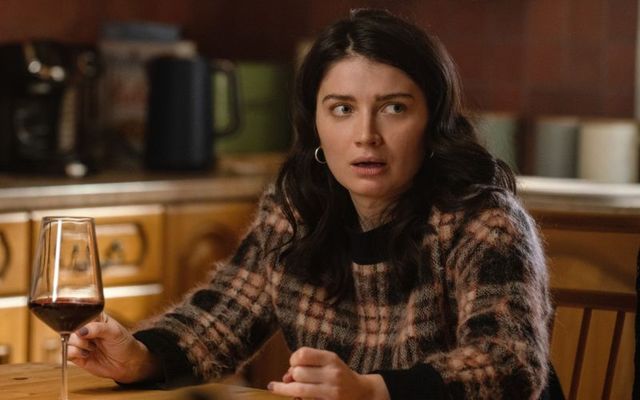 The Irish stars of "Bad Sisters" have prompted the New York Times to issue a correction after the publication described them as British.

The distinctly Irish series on Apple TV + was mentioned in the newspaper's end-of-year list in the "Best International Shows" grouping.

In response, Hewson, the daughter of U2 frontman Bono, tweeted, "OH DEAR @nytimesarts. WE ARE IRISH, PLEASE AND THANK YOU."

She added, "P.S. Anne Marie is Irish/ English but… still."

OH DEAR @nytimesarts WE ARE IRISH, PLEASE AND THANK YOU https://t.co/7MHiuiKXbu

Horgan, who is also the hit show's executive producer, noted on Twitter that while she was born in London, she is Irish:

Awh. I was born in Hackney, London but I'm Irish. Only my little brothers refer to me as British. When they want to wind me up.

The New York Times has since posted: "A correction was made on Dec. 1, 2022: An earlier version of this article described incorrectly the nationalities of five actresses in 'Bad Sisters.' Four of them are Irish and one is British; they are not all British."

The Irish cast of "Bad Sisters" is hardly the first to be incorrectly identified as British.

In 2015, Colin Farrell and Michael Fassbender were both nominated for "Best British Actor" at the BAFTA awards. The backlash prompted the London Film Circle to rename some of the award categories as "British and Irish."

In 2016, Sky News described Saoirse Ronan as "one of our own." Later, in 2019, Ronan, who was born in New York City and raised in Co Carlow, appeared on the cover of Harper's Bazaar alongside the headline "The Spirit of Great Britain."

After the 2020 Emmy nominations, several UK publications described Paul Mescal as British. The Kildare-born actor, who was nominated for "Normal People," tweeted "I'm Irish" in response. His post was the most-liked tweet in Ireland that year.

Elsewhere, Dubliner Andrew Scott, Roscommon actor Chris O’Dowd, and Cork's Cillian Murphy have also all had to point out their true Irish nationality after being mistakenly claimed as British in UK media.