Irish woman Rebecca Winckworth is a professional singer based in Medellin and she has taken to serenading her neighbors in her apartment building to lift morale during these difficult times. 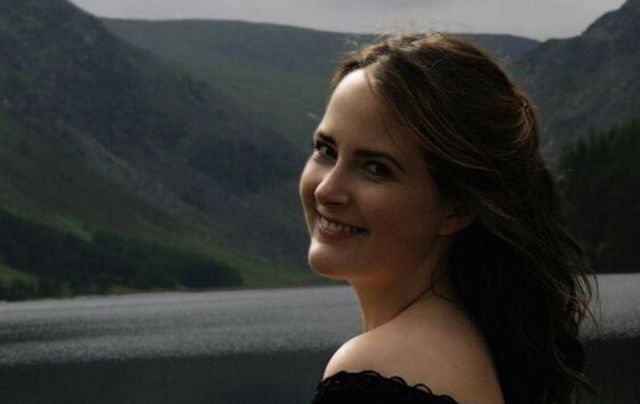 Winckworth spends half of the year in Colombia. Rebecca Winckworth Instagram

An Irish woman in Colombia is trying to boost local morale during the COVID-19 pandemic by singing to her neighbors from her balcony every night.

Rebecca Winckworth is a professional singer based in Medellin and she has taken to serenading her neighbors in her apartment building to lift morale during these difficult times.

Winckworth explained that she started singing when everyone came outside to applaud healthcare workers.

"Every night we come out at 8 pm and applaud the healthcare workers and I have been singing a few songs.

"I did it one night and then they came out another night saying 'que cante, que cante' or ‘sing, please sing,'" she told RTÉ News.

Read More:  Do you know a local hero helping others deal with coronavirus?

The singer is part of the famous vocal choir "Anúna," who rose to world attention when they sang on the inaugural performance of Riverdance in 1994. Winckworth splits her times between Ireland and Colombia and spends half the year in Medellin.

Winckworth said that music and singing act as an escape for people during difficult times and that music is her savior during quarantine.

"I’m going to have to learn to sing more songs in Spanish, or else I’ll just stick with the good old Irish tunes."