Tanaiste Simon Coveney says that some 4,600 people have returned to Ireland from abroad in light of the coronavirus pandemic. 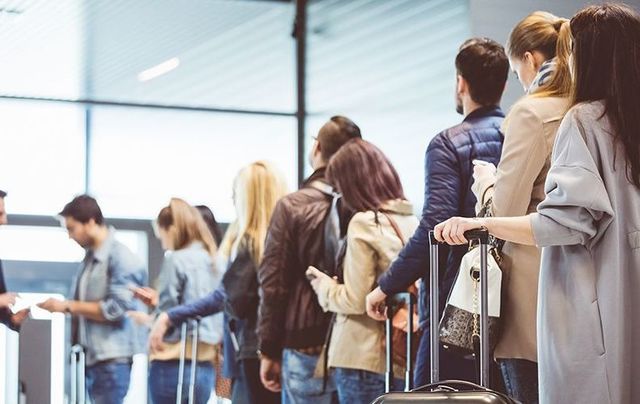 Some 4,600 Irish people have returned to Ireland in light of the coronavirus pandemic. Getty

More than 4,500 Irish citizens have returned home to Ireland in light of the global coronavirus pandemic

The Irish government is in the midst of what is thought to be its biggest ever repatriation effort as it works to bring home Irish citizens from around the globe during the coronavirus pandemic.

Read More: J1 visa holders should return to Ireland, urges Ambassador to US

Speaking on RTE Radio’s ‘Today with Sean O’Rourke’ on April 7, Ireland's Tanaiste Simon Coveney said: “I think this is probably the biggest repatriation effort ever in the history of the State."

Ireland's Department of Foreign Affairs, which is advising against all non-essential international travel, has been actively encouraging Irish people abroad to make plans to return home. The DFA has set up a dedicated call center for COVID-19 related travel queries (+353 1 6131733), as well as a Consular Assistance WebChat team.

“We have 86 embassies across the world all working with Irish citizens," Coveney said. "Sometimes it’s small pockets of Irish citizens in very rural, isolated locations, and in other parts, like Australia and New Zealand, and in parts of Europe, as you’d expect, very large numbers of people.

Rescue flight - Wheels-up in Lima for 100+ Irish & family, work continues to get all remaining citizens home. Great job @dfatirl . Thanks to everyone for their patience. Pleased to also help people from 13 other EU countries, incl. urgent priority repatriations. #IrishinPeru pic.twitter.com/XcxsG2Wper

The culmination of weeks of difficult work as we send a plane load of Irish and European tourists on their way home from Goa. We will continue to assist in repatriating Irish citizens stranded in India because of the current lockdown. @dfatirl @IrlEmbIndia pic.twitter.com/T3wDXwPJmc

“We will continue to work with Irish people right across the world,” Coveney said, adding that the hotline at the Department of Foreign Affairs (DFA) has taken an estimated 16,000 phone calls since the crisis began.

“We’ll continue to, where possible, block-book space on commercial flights, work with airlines to get people home, and of course we’ll work with other EU countries who are organizing charter flights to get their citizens home who are happy to share planes with us as we are with them.”

When asked if he is “satisfied” that any Irish person abroad who wants to get home can get home, Coveney said: “No, is the straight answer although we’re going to work with them to try and change that.

“There are people we know who want to come home now and don’t have commercial flights available to them, or if they do, they may be very expensive so we’re going to need to continue to assist them.”

Coveney said Australia and New Zealand “feature very strongly” in recent days as “there’s a lot of Irish people there.” He said that roughly 900 Irish citizens have been brought b ack from Australia in the prior 10 days or so.

Statement by the Tánaiste on repatriation flight from Perth, Australia pic.twitter.com/iDjwn8hKV3

Elsewhere, Irish citizens in South Africa, Vietnam, and India have been requesting assistance.

“It changes by the day,” Coveney said. “What we’re likely to see as this goes on is probably less numbers of people but in much more complex situations where our teams will need to help.

“We do have an emergency relief mechanism now that not only will pay for charter flights if need to send them, but also can provide financial assistance to Irish people who may have run out of money and simply can’t afford to be able to take commercial options."

Coveney said that while the DFA is assisting bringing Irish citizens home, it is also assisting Irish community centers abroad.

“We’ve got large Irish communities abroad and we are looking at increasing funding now for those community structures," Coveney said. "There’s about 250 different Irish welfare and community organizations, particularly in countries like the US, Canada, Australia, New Zealand, the UK, who are looking after vulnerable Irish communities who may have become much more vulnerable because of Covid-19.

“If you’re undocumented in the US, for example, you may not have any access to welfare supports or healthcare supports, and we have to make sure that the Irish community structures there can afford to be able to put finance behind supporting the communities that they’re there to serve.

“There’s a lot of work going on abroad,” Coveney said.  “We’re unusual as a country; we have so many Irish people all over the world who need help, and they’re getting it.”