You might think in the coronavirus era folks would have more things to worry about than sex scenes in a TV show, but nope. 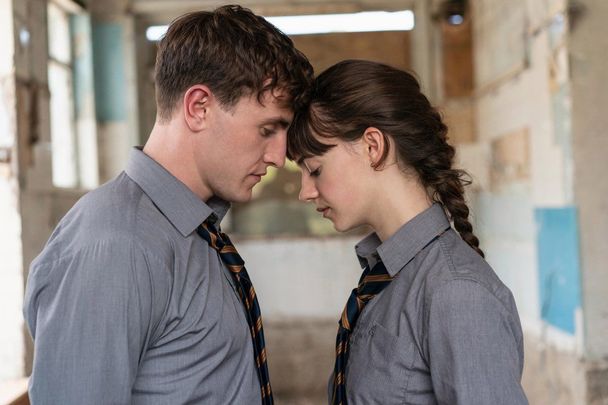 You might think in the coronavirus era folks would have more things to worry about than sex scenes in a TV show, but nope.

Normal People, the new Hulu/BBC series based on Sally Rooney’s novel premiered in Irish homes last week, and broadcaster RTE had more than a few irate callers who were aghast at the intimacy between the lead characters.

To be fair, there were less than 40 “informal” complaints lodged against the wonderfully reviewed series which was shot in Sligo and Dublin.   “We received 37 pieces of feedback from the public, made before and after broadcast, expressing unhappiness and disappointment with the content of the episode,” said a spokesperson for RTE.

But one of the network’s radio show hosts, Joe Duffy, also received a good number of calls from aggrieved prudes, one in particular named Tommy who railed against the “fornication…it’s the national broadcaster promoting fornication.”

The Irish male lead in Normal People, Paul Mescal, says the love scenes between himself and co-star Daisy Edgar-Jones are ones his quite proud of.

“My own perspective…is that myself, (director) Lenny (Abrahamson), Daisy and Hettie (McDonald), who directed the second block, worked really hard to make it feel like it was a real accurate representation of sex amongst young people today and it’s actually something I’m incredibly proud of and really proud to see on Irish screens,” the 24-year-native of Maynooth, Co. Kildare told RTE host Ryan Tubridy.

Normal People is Mescal’s first big role, and he’s certainly made the most of it.  The reception has been so positive that Mescal is even being tipped as a possible new James Bond, once Daniel Craig retires from the role when his fifth turn as 007 bows later this year.

Bookmaker Ladbrokes has Mescal’s odds at 16-1, down from a high of 100-1. A spokesperson for the betting outfit said, "Fans have quickly fallen in love with Paul Mescal and think his smooth Irish accent could be perfect for 007."

What did you think? Have you seen Normal People yet? Let us know in the comments section below.