Irish Famine movie “Black 47” has a poor Rotten Tomatoes ranking - should we be worried?

The western-style thriller is not receiving great online reviews, despite a warm reception at screenings such as the Berlin Film Festival. 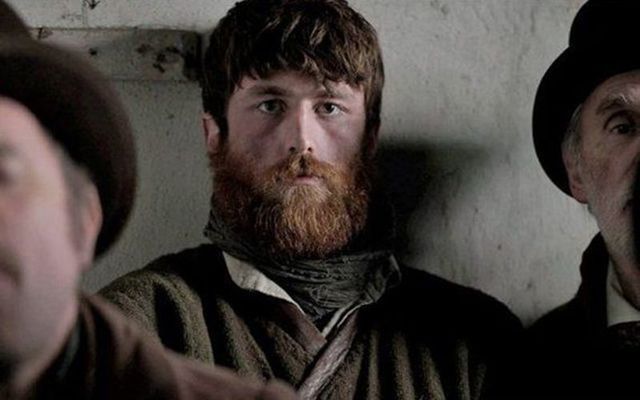 The “Black 47” famine film has been highly anticipated but are we set for disappointment?

Any attempt to tackle the massive task of bringing the horror of the Irish Famine to the big screen was sure to be a daunting and much-criticized challenge for any director but with the talk around Lance Daly’s upcoming famine movie “Black 47,” we’ve been counting down the days until its September 7 Irish release.

Already a massive hit at the Berlin Film Festival and at a screening at the Audi Dublin International Film Festival, Daly’s famine movie, that was shot on a very small budget over a short seven-week period, had a fantastic debut.

The online reviews are saying otherwise, however, with only a 50% rating on Rotten Tomatoes and some reviewers claiming that it falls short of the hard-hitting movie that it could have been.

“Using the 'Great Hunger' as a backdrop for a revenge western is an interesting way to exorcise old ghosts, but the end result drains pathos from the tragedy while muting The Proposition-style genre elements,” comments Fionnuala Hannigan from Screen International.

David Erlich from indieWire also believes the famine movie almost works but not quite, writing: “While the script is far too spotty and unfocused for the film to be anything more than the sum of its parts, the setting — and the set-pieces that Daly creates from it — is enough to prevent this unlikely genre mash from being a blight of its own.”

It’s no enviable task to take this on and despite some of the more negative reviews in the lead-up to its release, the director Lance Daly has spoken of his surprise that no other filmmaker had previously attempted to portray the bleak years of hunger, starvation, and immigration in Ireland before he began on his own dark, revenge-fuelled famine western.

“The Great Famine of 1845 to 1852 was the single most important event in Irish history,” he said.

“After making the film, I can understand why.

“It’s such a tough story of suffering and hardship — it was tricky to find a way to do that in cinema that isn’t going to be punishing for the audience,” Daly added.

It's not all bad news for “Black 47” and its cast, however, with praise still coming in from home for the manner in which the Great Hunger was addressed.

“Not only is Lance Daly's newest feature a rollicking western with fantastic action and excellent performances, it also demonstrates how a film's subject matter can add much-needed pathos and nuance to a genre,” writes Film Ireland Magazine’s Sarah Cullen.

Are you still going to see “Black ‘47” when it is released in Ireland on September 7? Would you see it if it was screened in the US or elsewhere in the world? Let us know in the comments section, below.