Running back Alex Collins celebrated his first touchdown of the season, against the Packers, with an impromptu Irish dance. 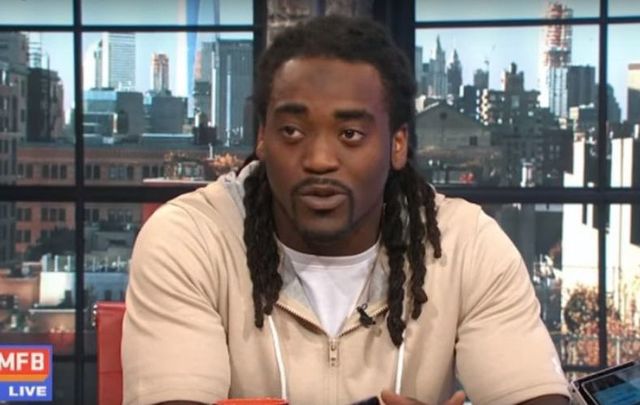 Running back Alex Collins celebrated his first touchdown of the season, against the Packers, with an impromptu Irish dance

Running back for the Baltimore Ravens, Alex Collins, found the end zone for the first time this season, playing on Sunday against Green Bay Packers, and took the opportunity to show off his now world famous Irish dancing skills.

On Sunday, Nov 19, Collins scored his first touchdown of the season, on week 11 of the season. Finally in the end zone during the fourth quarter on a three-yard-carry Collins let his Irish dance show just how happy he was.

After the game Collins’ efforts were rewarded with a game ball. Head Coach John Harbaugh said “That was great. He’s just done a great job for us.”

Earlier this year Alex Collins became big news in the USA not because of his mad American football skills but the fact that he practices Irish dance, to give the running back that little extra bit of grace and coordination on the field.

Back in 2016 he explained that it was his high school football coach’s 15-year-old daughter who got him into Irish dance.

He said “It is all about rhythm and timing in Irish dance, and so it is for the running back as well.

“I am more explosive on the field. As a running back you want to have that lower body strength and that footwork – and this is perfect place to get it.”

Collins also recently used his Irish dance powers for good when he stuck up for a young boy, Carl Tubbs, who was being bullied for Irish dancing.

Collins did not disappoint sending Carl a seriously empowering message, telling him not to give up on his dreams. He tweeted:

Then, Carl got to meet his hero in person on the sidelines during a Ravens game. (Scroll ahead to 1min, 15sec to see their awesome chat)

"I want you to know that I'm proud of you, man. I'm going to be following your career," Collins told him.

Tubbs said that Collins' encouragement has "really encouraged me to keep on going with Irish dance."

Collins said it feels amazing to be making a difference in someone else's life.