"I don't think it is graceless for people in those positions to speak out about how poisonous this system is." 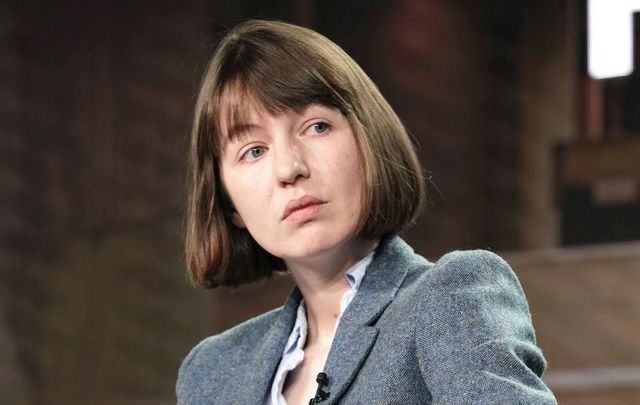 She's about to experience a whole new level of fame with the release of her third novel "Beautiful World, Where Are You" next week, but Irish superstar author Sally Rooney isn’t looking forward to the spotlight.

The 30-year-old whose first two books, "Conversations With Friends" and "Normal People", sold millions of copies -- "Normal People" captivated a cocooning world when the TV adaptation was released just after the pandemic – gave a couple of interviews last weekend to The New York Times and The Guardian in which she talked about the downside of celebrity.  She loves the craft of producing character-driven stories that her fans – including the Kardashians and Sarah Jessica Parker – swoon over, but she’s got no desire to promote herself in the process.

Rooney doesn’t plan on putting her computer away and retreating into anonymity, a move that would ultimately be self-defeating.

“Of course, (a famous) person could stop doing whatever it is they're good at, in order to be allowed to retire from public life, but that seems to me like a big sacrifice on their part and an exercise in cultural self-destruction for the rest of us, forcing talented people either to endure hell or keep their talents to themselves,” she told the Guardian.

“I don't think it is graceless for people in those positions to speak out about how poisonous this system is. It doesn't seem to work in any real way for anyone, except presumably some shareholders somewhere.”

She added, "As far as I can make out, the way that celebrity works in our present cultural moment is that particular people enter very rapidly, with little or no preparation, into public life, becoming objects of widespread public discourse, debate and critique.  They just randomly happen to be skilled or gifted in some particular way, and it's in the interests of profit-driven industries to exploit those gifts and to turn the gifted person into a kind of commodity."

The Castlebar, Co. Mayo native, who lives in the Irish countryside with her husband John Prasifka, will no doubt be recognizable to many more after the release of Beautiful World, which is again set in Ireland and tells the story of two intertwined couples, “Alice, Felix, Eileen and Simon (who) are still young – but life is catching up with them. They desire each other, they delude each other, they get together, they break apart,” says the publisher synopsis.

It’s likely that we won’t hear much from Rooney after the publication.  Her next big project is the series adaptation of "Conversations With Friends", a BBC-Hulu joint project that will air next year.