Ireland’s singing priest lines out for Dancing with the Stars

Father Ray Kelly, who shot to fame in 2014 a video of him singing Leonard Cohen's Hallelujah at a local wedding in Meath, is now taking on RTE's Dancing with the Stars competition. 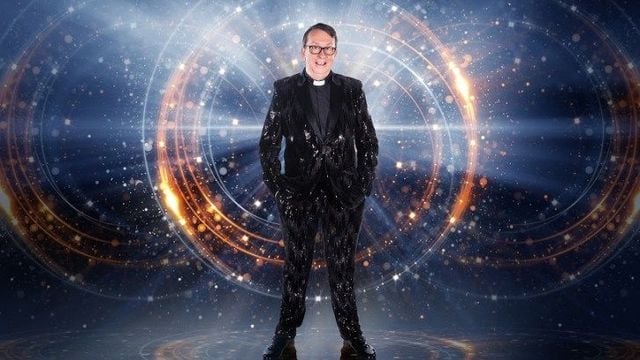 Father Ray Kelly is competing on Dancing with the Stars. RTE Press

Father Ray Kelly, who shot to fame in 2014 a video of him singing Leonard Cohen's Hallelujah at a local wedding in Meath, is now taking on RTE's Dancing with the Stars competition.

Father Ray Kelly, a parish priest from Oldcastle, County Meath, originally from Tyrrelspass, will star alongside Yewande Biala a Love Island star the Olympic gold-medallist, Michael Carruth. Speaking to the Irish Catholic, Kelly said he plans on taking part in the competition to show people that Catholic priests are "ordinary guys".

Kelly received just eight points, out of a possible 30, in his first appearance on the dance competition.  The Catholic priest told Irish magazine, RSVP, that he has been suffering from sciatica and picked up a flu virus over Christmas. The priest, in his 60s, said: "I am not disappointed with the comments as such but I am disappointed with myself because I have been fighting sciatica down my leg for three weeks before Christmas and then I had the flu over Christmas."

Since 2014, Kelly's Leonard Cohen cover has had 72 million views on YouTube. Following its success, he performed on Britain’s Got Talent and at the World Meeting of Families, in front of Pope Francis in August 2018. He's also released two albums - Where I Belong (2014) and An Irish Christmas Blessing (2015).

Speaking to the Irish Catholic ahead of Dancing with the Stars 2020 he said “As I was saying to my dancing teacher the other day if I can put that same emotion and feeling now that I can put into a song if I can do that with my legs I’d be doing very well.”

He said: “I think it would take an awful lot more than dancing to encourage priestly vocations.

“But I think some priests play their golf, their tennis, I have my music, singing, and dancing now, I think it’s an essential element for any priest to have some outlet like that anyway. It would be great if people could see that just because I’m a dancer it doesn’t mean I can’t be a priest. We’re crying out for vocations all the time.

What do you think? Could Catholic priests engaging with the public like this see the number of vocations in Ireland rise? Let us know in the comments section below.