The new six-part series “Ireland with Michael” premieres on PBS this month. 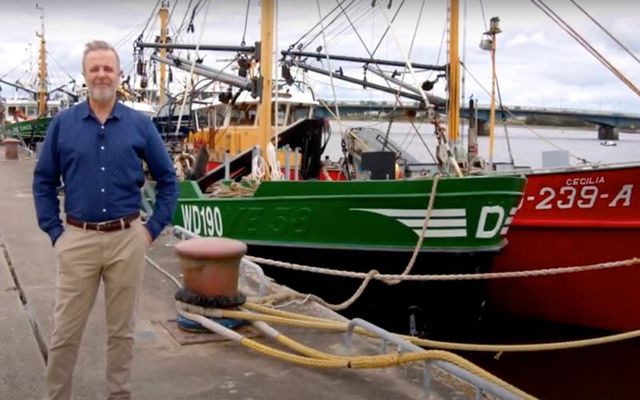 A new PBS travel series hosted by Emmy-nominated Irish tenor Michael Londra will feature the island of Ireland and its music.

The new six-part series “Ireland with Michael” premieres on PBS this month.

Set amid stunning Irish scenery, the series will tell the story of Ireland through the eyes and hearts of its greatest assets - its creators, painters, singers, dancers and storytellers.

"Ireland with Michael" will feature a travelogue of some of the country’s most beloved tourist destinations, hidden gems and tips for the traveler all seen through a musical lens.

In each episode,  show creator and host Michael Londra will be joined by top Irish singers, musicians and writers as co-hosts and special guests.

Londra, 56,  began his career as the lead voice in Riverdance on Broadway. In 2012, he co-produced and starred in the PBS special "Beyond Celtic," which earned him two Emmy nominations. He continues to perform globally as a concert artist.

The concept for the TV series grew from the Ireland With Michael organized tours of Ireland that Michael Londra has been hosting for his fans for nearly a decade.

Londra began filming the series in 2019 before the COVID pandemic. A second season of the series is set to begin shooting this summer and will air on public television in spring 2022.

“Filming over the past 18 months during a pandemic has been difficult to say the least, but with an Irish based crew and a lot of planning we managed to pull it off. Preparation for the season two shoot are well underway and the shoot itself will begin this summer," said Londra.

A companion travel book to the series will be published in the fall and a live concert tour with spectacular video footage from the show will cross North America in spring 2022.

Season one of "Ireland with Michael" airs on stations across the U. S. in May, June and July 2021. For a full list of airings go to www.irelandwithmichael.com.