A riveting new production of Shakespeare's Romeo and Juliet, starring Ireland's Jessie Buckley and The Crown's Josh O'Connor as the pair of doomed young lovers, was filmed in the midst of a pandemic. You can catch it now on the PBS app. 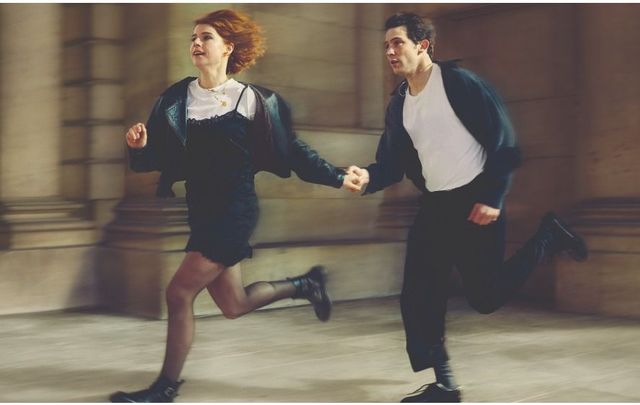 A riveting new production of Shakespeare's Romeo and Juliet, starring Ireland's Jessie Buckley and The Crown's Josh O'Connor as the pair of doomed young lovers, was filmed in the midst of a pandemic

The production was originally scheduled to open to the public in the lost summer of 2020, but you know how that went.

When every other production in the world was being shuttered and ghost-lighted, the producers of this show did something crazy, they found a way to protect the actors and present the work on film (you can catch it on the PBS app now).

This luminous production opens with the actors in a bare-bones rehearsal setting but as the story gains momentum the stage design and costumes start to appear alongside the action.

The message is that this new plague may have stripped the production of a few tricks but the actors and the script have more than sufficient art to bewitch you with. You'll be hooked from the first lovers' meeting.

Plagues were well known in William Shakespeare's time, of course, often shutting his theatre as they raged through London. Your odds of surviving one back then were about fifty percent, and if you did catch it the host of horrors included swollen lymph nodes, fever, and convulsions. Fun, eh?

In fact, Shakespeare's own parents lost two of their children to the bubonic plague, which led to the pair eventually barricading themselves inside their home to protect their three-month-old son William. So the legendary playwright's entire life was shaped by the plague. 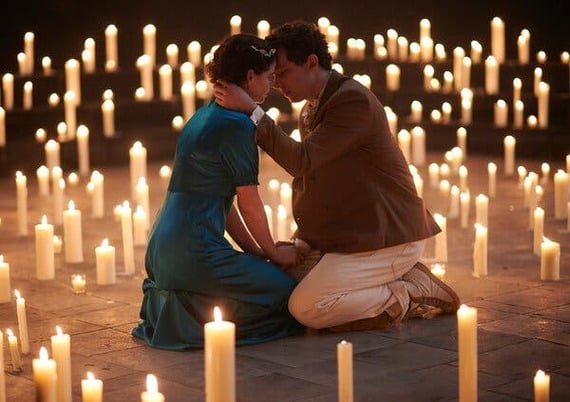 Interestingly, this production of Romeo and Juliet is shaped by a plague too, but what's surprising is that it is entirely to its benefit. Originally planned as a theatre performance – with obvious Broadway potential baked in – it soon expanded to become a film to rival and for my money surpass any recent big-screen telling of Shakespeare's doomed lovers' tale.

Buckley, 31, performing in her own County Kerry accent, has boatloads of that most elusive onscreen quality of all with her English co-star, white-hot chemistry. You won't just believe that they have found true love you will soon ardently hope they can escape the machinations of the rival Montague and Capulet houses that seek to cruelly separate them.

It's yet another star-making role for the young Irish actress who has had one of the most singular onscreen careers to date, appearing in wildly different film roles as she makes her mark and becomes a uniquely versatile and sought-after lead in Hollywood.

Does the world need another production of this well-known old tale you ask? Well in Buckley's own (very wise) words to the press this week: “It’s love, man. It’s the great mystery of life.”

Exactly. Why do some people rewatch Casablanca every year throughout their lives? For the same reason that this inspired production simply roars to life from it's opening scene. It's a return to sources, a touchstone that reminds us who we are and what we yearn for, and just how long that tiny little flame inside us has endured. 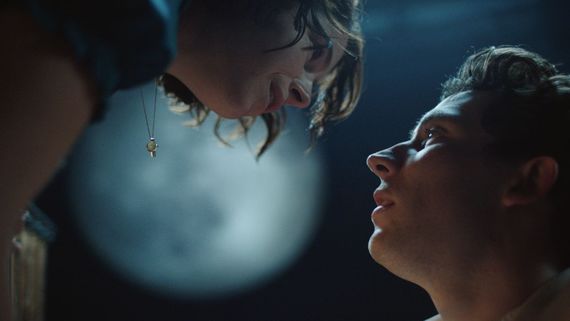 So there is something especially moving about the hard conditions that this glorious celebration of what is best in humanity springs from. Love that must navigate masks, contagion, and literal death to find itself in the eyes of another is the most perfect push back against this murderous time that I ever expect to see.

Another secret hidden in the heart of this gorgeous working is that the cast work so seamlessly it breaks the heart. The friendships, the fellowship, the love, and the commonality are so evident that it all feels half celestial, as any good Shakespeare production should.

“Can I go forward when my heart is here?” asks Romeo in a moment that feels like the still center of the play. There's something radiant and ineffable in the dynamic between these two young actors that absolutely nails the story and its meanings from their first encounter. It'll be something different for you but it will be here, depend on it.

Romeo and Juliet is now playing on the PBS app.