Following the release of new Irish film Black 47, British critics appear to be split on their opinion of the movie. 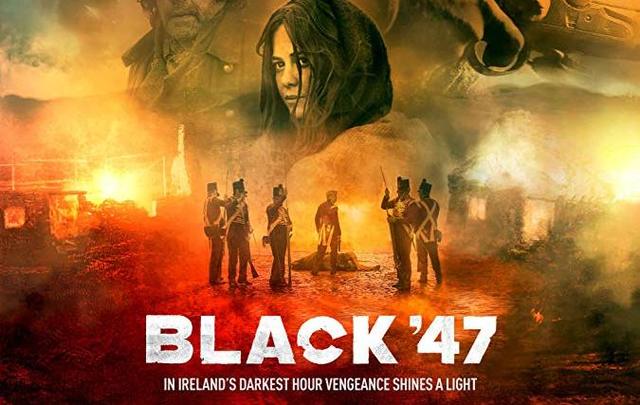 Critics are split in their attitude to the new Irish famine drama Black 47.

New Irish movie Black 47 is already breaking records at Irish box offices, but reviews to the new film seem to be split, especially amongst British critics.

Below is a sampling of reviews from British publications regarding the new Irish famine drama Black 47:

"While the Great Famine provides the brutal historical backdrop, Lance Daly's gripping film is, at heart, a Western, complete with avenging anti-hero, relentlessly pursuing posse and a couple of cracking shoot-outs."

It's unfortunate that caricatured villains lessen the impact of the film's upward punch.

A lean, mean historical actioner which doesn't hold back on brutal realities, mostly succeeding in mixing genres and grappling with weighty themes.

A taut, often violent drama with a powerhouse of a cast - Barry Keoghan, Jim Broadbent and Stephen Rea to name a few.

It's not for everyone, but don't believe people who tell you Dubliner Lance Daly's third film is overly bleak or crudely anti-English.

Frecheville doesn't have Clint Eastwood's charisma but momentum is maintained by the film's elegant cinematography, stirring soundtrack and thrilling shoot-outs.

Hangs suspended for the most part in an über-glum middle ground that allows neither its emotional or visceral gambits to properly connect.

A powerful and poignant film.

It's all deeply silly stuff, but within an eerily profound milieu.

Daly's film isn't subtle, but as a genre film it has a certain pulpy intensity that keeps it rattling along.

The film's mythic force is underlined by its visual style.

It is disappointing that neither of the leads is Irish, though Feeney is played effectively by the cold-eyed Australian actor James Frecheville, and Jim Broadbent is wonderfully well-fed as Lord Kilmichael.

Have you seen Black 47 yet? What’s your review of the film? Share in the comments!