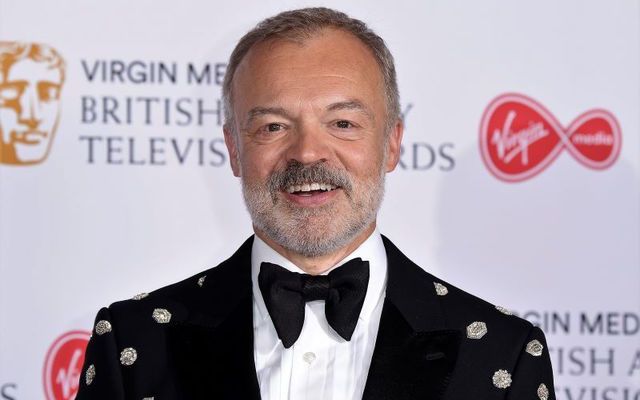 Graham Norton, the Irish host of "The Graham Norton Show," recently revealed that Harvey Weinstein was the worst guest he's ever had on his TV program.

Norton recently said Weinstein "gets the prize for the worst guest ever."

It comes about four years after Norton said Robert DeNiro was one of his least favorite guests, bemoaning the famed actor's "benign" presence.

Norton was recently promoting his new book "Forever Home" in Dublin when he revealed Weinstein's "chilling" behavior before he was even invited onto the show.

According to Joe.ie, Norton recently said at the Dublin event: "I often talk around who my least favourite guest was, but now, someone reminded me, I have a really good answer to this now.

"It's Harvey Weinstein. He's in jail, so he gets the prize for the worst guest ever.

"And actually, it was weird, because he asked for my e-mail. And he e-mailed me something very nice, a complimentary thing. And then he decided he wanted to be on the show, because he was going to promote something.

"And he e-mailed back again, 'But I think...', and I just had to turn to my booker and say 'Can you please deal with this?' And at the time, I thought that sort of attitude, that kind of 'Oh no, I'm going on', that is what makes you a very good producer.

"But of course, now that we know what we know, that is what makes him a predator. It was that kind of weird, tunnel-vision thing. And it was sort of chilling in retrospect, because I was just laughing at those emails. But you realise 'Oh my God, that is an insight into how that man is'."

Ultimately Weinstein got his wish and appeared on an episode of Norton's show in 2007 alongside David Tennant, Olivia Colman, and Jessie J on the red couches.

In February 2020, Weinstein was found guilty by a jury in New York City of rape and sexual assault and was sentenced to 23 years in prison.

Last year, the disgraced movie producer was extradited to Los Angeles where he faces four felony sexual assault charges related to incidents in February 2013. Jury selection for his trial in California began on October 10.

In August, the New York Court of Appeals agreed to hear Weinstein's appeal of his 2020 sex crimes conviction in Manhattan.