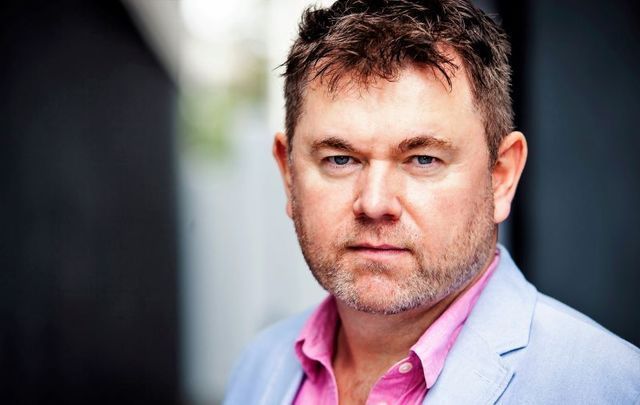 Mike Farragher introduces George C. Heslin to "TAYSHT," exploring his relationship with food and how the New York Irish Center's programming is getting a shakeup.

For 19 years, George Heslin served as founding Artistic Director of off- Broadway's Origin Theatre Company. In 2008 he founded Origin's 1st Irish Festival, a city-wide cultural festival that has presented the work of 300 Irish playwrights and created partnerships with 80 organizations internationally. In 2018 he founded New York's European Month of Culture in association with the Delegation of The Europe Union to the United States working in partnership with 28 consulates access New York City.

Heslin has directed over 80 productions in venues from The New York Irish Center, The West End Theatre, The NY Public Library for the Performing Arts, and Lincoln Center, just to name a few. As an actor, Heslin has been part of the Broadway National Tour of the hit show Stones in His Pockets.

“New Yorkers have seen a lot and they’re very receptive, and any Irish living in New York would have their mind open to different cultures,” Heslin remarks on the TAYSHT podcast when asked about the earthy and edgy Irish theater he has brought over to The States over the years. “We’re very lucky to have a lot of playwrights in Ireland who have been nurtured by incredible theater companies. New Yorkers are hungry for new stories and have been exceptional in their response to the work.”

Heslin has upped his game since coming to The NY Irish Center, which is brimming with entertainment for every “TAYSHT” as we roll into the Big Green Holiday. I will be there on March 9 telling stories from my This Is Your Brain on Shamrocks series of humorous essays as part of a Rock and Read event with my friend Seamus Kelleher, the blues great from Salthill who has just penned an unflinching memoir called Shine A Light. For more information or to RSVP, click here.

The Screaming Orphans will be there on the 10th, which all leads up to a St. Patrick’s Day hooley called The 40 Shades o’ Green party from 3pm to 9pm that features over a dozen musicians on the lineup.

For more information about the programming at the NY Irish Center, click here.

The New York Irish Center will be throwing a wee cocktail party during our Rock and Read event on March 9. It got me thinking about charcuterie boards, so I took a stab at creating one using products native to Ireland. Charcuterie boards have a combination of meat, bread, crackers, cheese, and jams. Experts say to budget on 2 ounces of cheese per person.

The Irish Charcuterie Board Recipe:

Kerrygold Dubliner® is a robust aged cow’s milk cheese with a bit of a hard texture similar to a Cheddar.

Cashel Blue: Ireland’s original blue cheese, it was first made in the 1980s on Beechmount Farm in County Tipperary by Jane and Louis Grubb to highlight the exceptional quality of the region’s grass-fed cow’s milk.

Killen Goat finds Cheesemaker Marion Roeleveld leave The Netherlands to inhabit Killeen Farmhouse in County Galway in 2005. The goat’s milk cheeses from her own herd, like cream, rises to the top and routinely wins awards for her artisanship.

We recommend a nice brown bread with oats and Guinness!

The Irish Nut Growers Association is dedicated to promoting nut growing in Ireland, saying “… the perception that nut crops cannot succeed in Ireland is false. The right varieties, grown in fertile soil in appropriate locations, and properly tended, can be expected to produce good crops most years.”

Certain varieties of hazelnut (cobnut), chestnut, and walnut grow in Ireland, so throw them onto the board.

I can’t find anything Irish about a fig jam, so let’s substitute that with Fruitfield Old Time Coarse Irish Marmalade.

Tune in for new episodes of TAYSHT on Spotify.