American country singer Garth Brooks was at Dublin’s Croke Park on Monday prior to tickets going on sale for his September 2022 gigs at the Irish sporting stadium. 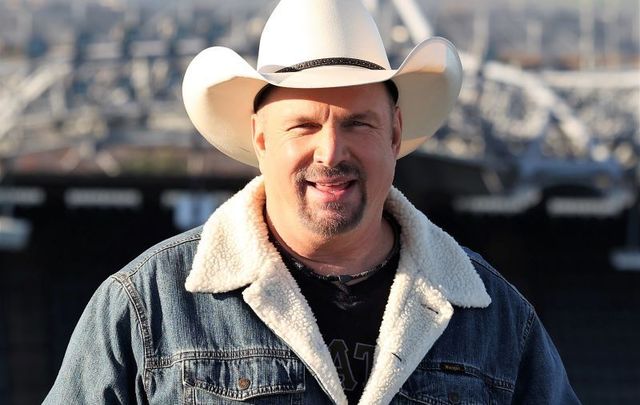 November 22, 2021: Garth Brooks on the skyline at Croke Park Dublin for the announcement of his concerts at Croke Park. RollingNews.ie

Garth Brooks, donning a cowboy hat and denim jacket, spoke with reporters in Dublin’s Croke Park on Monday, November 22 where his highly-anticipated shows are scheduled for next year.

Brooks is set to play Dublin's Croke Park on September 9 and 10, 2022, tickets for which will go on sale this Thursday, November 25. The Dublin gigs will be the only European stop on the tour.

Dublin City Council had granted the 'Friends in Low Places' singer permission for five dates next year - September 9, 10, 11, 16, and 17 - but only the two dates have been confirmed.

His new Dublin dates, part of The Garth Brooks Stadium Tour, have been confirmed after the 2014 saga that saw hundreds of thousands of tickets sold for shows in Croke Park, only for the shows to be scrapped after objections from local residents.

Brooks argued at the time, "five or nothing."

When asked on Monday if he would like to play five gigs at Croke Park next year, Brooks replied: “Yes ma’am, I’d like to do five, but I’d also like to be 6’5 and have abs."

He continued: “What happened in 2014 was a freakin’ miracle. I mean, who does numbers like that, right? So, you’ve got 400,000 hard tickets in one city, one show? It’s impossible. There’s no way we’re going to do that number again, there’s just no way.

“So, I think what the thing is, what I wanted was the chance for all five shows to be there for the five bunches of people that got ‘em. It’s very sweet that we’ve been granted that, we’ll give back the shows that we don’t use, but I can’t see us doing five.

“Would I like it? Yes, I would love it. Is it going to happen? I think it would be impossible. I’m just trying to be real.”

Elsewhere during his press junket, Brooks said: “I can’t tell you how happy - and I speak for all of our management, all of our band and crew - because we’re lucky enough it’s the exact same people that were lucky enough to get to play here at Croke Park in the late ‘90s.

After a pause, he continued: “What was meant to start this whole thing is now gonna be where this whole thing ends. And if there is a blessing in that curse of what happened in 2014, it’s the fact that there is a chance that this artist and those people that were sweet enough to get those tickets before now have a chance to hopefully see each other again.

“So, this has just been a rollercoaster ride for me, I don’t know if it has been for you guys.”

He added: “I simply can’t wait.

“In between September and now, we’ve got about 17 stadiums lined up to finish the tour. But the Stadium Tour and this chapter will end in what I have told anybody who will listen is the greatest place to play music.

“And the fact that it’s Croke Park makes it even better. If there was any way we could have put the 400,000 tickets in Croke Park into The Point, we would have. It’s just a guaranteed good time to play here.”

Country musician Garth Brooks has said playing in Ireland is 'the greatest privilege' for musicians at a press conference in Dublin to promote his planned return to Croke Park in September 2022 | Read more: https://t.co/2QdrOFGvbs pic.twitter.com/Un211Nusl0

Brooks doesn't know who will be supporting him during his Irish dates but said: “All I know is anybody that gets to play in front of an Irish crowd, it’s the greatest gift you can give them. We’re gonna check and see.

“I would love to be where you guys are at in your head. You’re seeing this thing already happen, I’m still hoping 10 people will show up.”